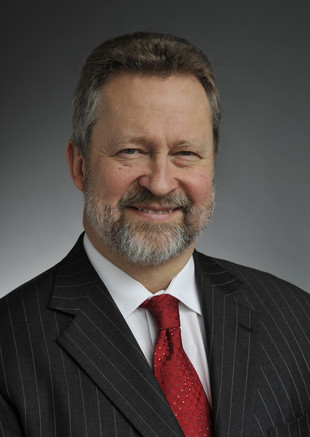 Piotr Galitzine is head of the American Division of TMK. Prior to joining TMK IPSCO, he served on the Board of Directors of TMK--- the world’s largest manufacturer of steel pipe---as an independent director and has an extensive international background and career, including senior positions with Mannesmann AG and BASF SE.

Initially, he worked as a design engineer for ten years, last of all in a Silicon Valley high-tech startup, before moving on to international sales, marketing, and management. He has worked on three continents and ten countries and states. His specialty for the last 30 years has been international operations, investment and technology transfer.

Born in 1955 in Mendoza, Argentina began his schooling in Lima, Peru. After moving to the US, he attended St. Bernard’s school in New York City, then Kent Boys’ school in Connecticut. He then studied at MIT in Massachusetts from 1972 to 1976. Piotr Galitzine graduated from the Massachusetts Institute of Technology with a degree in Mechanical Engineering and a specialization in design, materials, and analysis.

He is involved in rebuilding churches in Russia’s provinces, women’s microfinance and children’s rehabilitation in Russia. Galitzine has received many awards and distinctions, the last one being the Woodrow Wilson Award for Corporate Citizenship.

He has six children, speaks six languages and is an avid hunter.