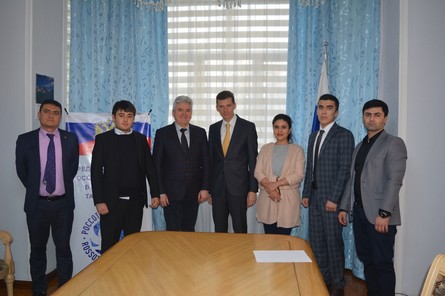 The representative office of the Alumni Association of UPI, USU and UrFU in Tajikistan was established on December 23, 2016. The organization of the constituent assembly was assisted by Rossotrudnichestvo in Dushanbe. The meeting was attended by graduates of the Institute of Social and Political Sciences, the Institute of Materials Science and Metallurgy, the Institute of Radio Electronics and Information Technologies, the Ural Power Engineering Institute.

The participants discussed and adopted the Regulations on Representation, elected a Board of five people, and also agreed with the Board of the Alumni Association a list of the first projects.

From UrFU, the meeting was attended by the executive director of the Alumni Association Alexander Ponomarev and the chairman of the student organization of the United Nations Bakhrom Sharipov .