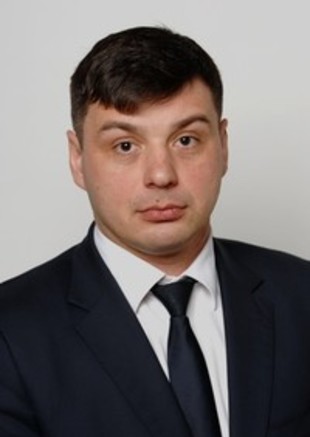 PhD in Law, For International Cooperation

Since 2003 worked at the Administration of the Presidential Plenipotentiary Envoy to the Ural Federal District, of which in 2011-2013 as Head of the Citizens’ Constitutional Rights Department, in 2013-2018 as Head of Public Projects Department. In 2010-2012 serves as Representative of the President of the Russian Federation and the Qualification Board of Judges of the Khanty-Mansi Autonomous District (Yugra). Holds the rank of Full State Counsellor 3rd Class of the Russian Federation.

Since March 2018 till March 2019 headed the Institute of State and Law of Tyumen State University. Since March 2019 Sergey Kurochkin is Vice-rector for International Relations at Ural Federal University named after the first President of Russia B.N. Yeltsin.

Author of more than 140 research papers.