I am Adven Masih, a second year PhD student from Pakistan. I obtained my first Master's degree in Earth Sciences at Quaid-e-Azam University, Islamabad, Pakistan. Later I won scholarship for graduate study at Ural Federal University (UrFU), Russia, where I was introduced to the 21st century’s leading science – Information technology. I got an opportunity to explore my IT skills by joining the program “IT Innovations in Business”. I was a beginner in this field but with my hard work and dynamic guidance I excelled to receive the title of honor student with 4.75/5 GPA (Russian grade system).

Ever since I joined UrFU, I was interested in merging Earth Science and IT in the form of a model that assesses ecological components. The idea was acknowledged by UrFU Department of System Analysis and Decision Making and supported by the Russian Ministry of Education. I was granted PhD scholarship for post-graduate study in Informatics and Engineering. Now I am doing my research on developing a hybrid model that can analyze spatially distributed ecological components by using artificial neural networks (ANN) and geostatistcs.

I knew almost nothing about Russia before coming, except the fact that Russians are very good at Mathematics; I had found them solving mathematical problems in completely unusual ways. I didn’t learn a word of Russian language before coming to Russia because I expected people to be able to communicate in English. However, nobody could speak a word even the day I arrived at the International Airport of Ekaterinburg.

However, despite all the difficulties I faced, I believe that Ural Federal University is, undoubtedly, one of the best universities in Russia. It has dynamic institutes with many international students engaged in research activities. What I like is that apart from academic and scientific activity inside the university, the students actively participate in lots of international competitions and sports activities. 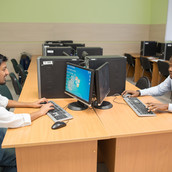 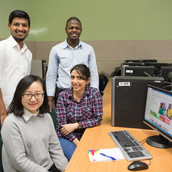 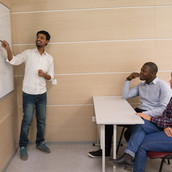 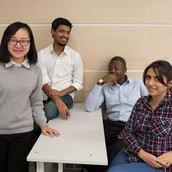 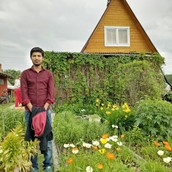