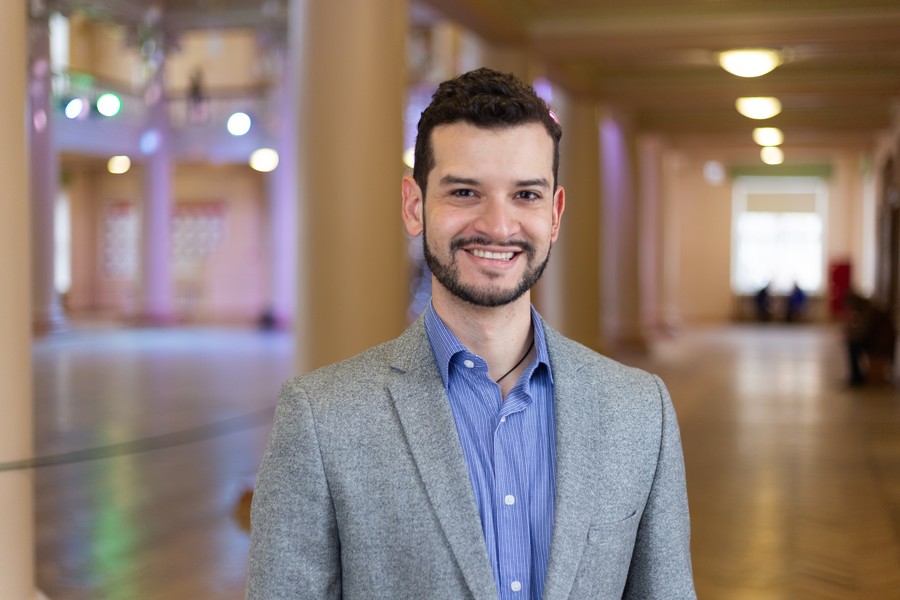 “These memories will last forever”

I consider myself as someone friendly, someone who likes to share and create real bonds with people. I am also very enthusiastic about what I like, though sometimes I tend be a perfectionist and therefore disappointed when things don’t go as expected.

I study for a Master Degree in Political Studies of the Russian Federation, it’s a two-year program in English. I´ve just finished my first semester. So far, I had such subjects as Russian and English as foreign languages, Language and Conflict, Academic Writing, Methods of Investigation, Ethnopsychology and Ethnoeconomics. I have actually enjoyed all of them.

From what I know about UrFU so far, it gives me the impression that it is really focused on the participation of students in every aspect, including the studies, sports and social life. I also like the help the buddy system gives to the foreign students during our first weeks in the city. I think there are things to upgrade, mostly about infrastructure but I guess it is something that will be solved promptly. Other than that, I would not complain about anything else.

About Russia I knew just some basic things concerning its history and some of the traditions, but I have never had the chance to get a real picture of what life in Russia is like beyond the global modern life scheme. My expectations were, of course, high, since I had always wanted to come here, and so far I have actually felt those expectations fulfilled, even finding new and great things about living in here, that I had not considered before.

My most vivid impressions of Russia, I might say, are those I had while travelling. The opportunity to get to know various distant regions of this same country, with such different landscapes and people in general, it´s a memory that will last forever.