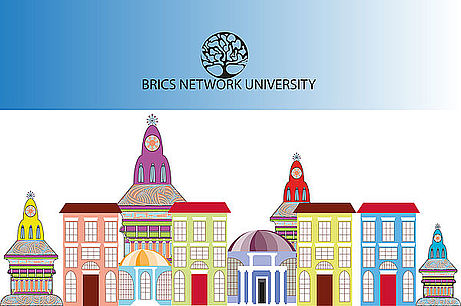 On July 1-3, 2017, the North China University of Water Conservancy and Electric Power, Zhengzhou, China) hosted the Second General Conference of the BRICS Network University, which gathered representatives of the member universities as well as experts of partner institutions. Russia was represented by 10 universities, members of BRICS NU. The delegation was headed by the President of the Russian National Coordinating Committee of BRICS NU, UrFU’s Vice-Rector for International Relations Maxim Khomyakov.

The presenters of the plenary meetings addressed the goals and tasks set before the BRICS NU in the context of the current state of the world’s higher education. A special attention was paid to understanding of the educational cooperation between the BRICS countries as an alternative to the existing structure of the global educational market. The reports also analyzed the special characteristics of different educational systems of the BRICS countries.

At the thematic groups’ meetings, the participants considered the proposals made by the member universities concerning development of joint Master and Doctoral programs, and designed a plan for approval of the programs by the thematic groups. It is expected that 7 such programs will be available for enrolment in 2017.

As a conclusion, after signing the “Consensus”, the South African delegation invited the participants to the Third General Conference of the BRICS Network University, which is to take place in 2018 in Cape Town.