The university develops a new medicine against diabetes
More

The university develops a new medicine against diabetes 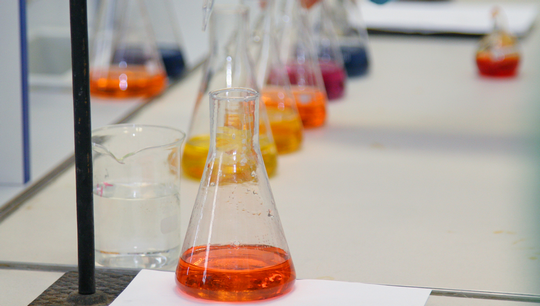 Scientists of Ural Federal University have won an open competition of the Ministry of Education and Science of the Russian Federation for the development of medicine for the treatment of diabetes mellitus. At the moment, the state contract is passing the signing process.

The project "Preclinical studies of a medication effecting advanced glycation end products (AGEs) and receptors (RAGE) for the prevention and treatment of complications of diabetes mellitus" is being implemented in the framework of the Federal Target Program "Development of the pharmaceutical and medical industry of the Russian Federation for the period up to 2020 and further perspective."

Associate Professor of the Department of Organic and Biomolecular Chemistry of UrFU  Institute of Chemical Engineering Mikhail Varaksin notes that currently the pharmacotherapy of diabetes is associated with the normalization of the blood glucose level, although the most important etiopathogenetic factor in the development of late complications is the formation of advanced glycation end product in the process of Maillard's reaction, non-enzymatic glycosylation (glycation) of proteins.

‘Nowadays, there is no medication with a similar mechanism of pharmacological action that is allowed for clinical use,’ says Mikhail Varaksin. ‘Therefore, the creation of medication limiting the formation of advanced glycation end products (AGEs) on long-lived proteins, collagen in particular, interfering with their interaction with specific receptors for AGE (RAGE), as a result, blocking the main pathogenetic pathways of late complications development (diabetic nephropathy, neuropathy, cardiomyopathy) is an extremely urgent task of social and economic significance.’

The work on the project assumes preclinical studies of the medication effecting advanced glycation end products of collagen and receptors for the prevention and treatment of complications of diabetes mellitus.

Nowadays, diabetes takes a special place among a number of socially significant diseases related to chronic pandemics; it shows rapid prevalence. The total number of patients with diabetes in the Russian Federation at the end of 2016 was 4.348 million people (2.97% of the population).