Energetics will be the first direction for academic and scientific cooperation 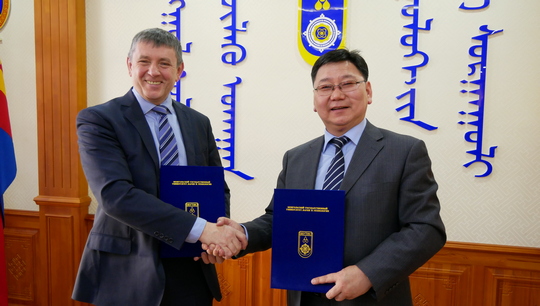 The rectors of the two universities signed an agreement. Photo: Dmitry Benemansky

Ural Federal University and the Mongolian University of Science and Technology are interested in transformation of regular Master’s programs into joint format. They programs will cover such areas of study as industrial heat and power engineering, electrical grids and systems, steam-turbine engineering.

UrFU Rector Victor Koksharov at a meeting with the head of the administration of the President of Mongolia Zandaakhüügiin Enkhbold suggested expanding number of joint programs for graduate and post-graduate students. The Rector also met with his colleague Baataryn Ochirbat, the rector of the Mongolian University of Science and Technology.

In addition, the university considers cooperation with Mongolian partners in the field of professional development and professional retraining.