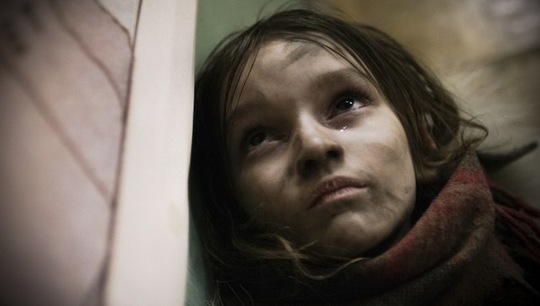 Alexei Fedorchenko, an outstanding film director, laureate of the Venice Film Festival and UrFU graduate, is working on a film "Anna’s War". The film shows the Holocaust, a genocide during World War II, through the tragic story of a six-year-old Jewish girl Anna.

'We believe that we have found a new artistic approach to this incredibly difficult topic, an approach that will not leave any viewer indifferent. "Anna's War" is a reminder of the terrible events of the past and a call to draw attention to the most dramatic problems of today - children whose lives are destroyed by the war,’ says creators of the film.

“Anna’s War” is an independent project; it was shot without government support, at the expense of the creators and with the contribution of Genesis Philanthropy Group.

The film has been selected for participation in one of the five most prestigious festivals in Europe - the 47th International Film Festival Rotterdam (January 24 - February 4, 2018). The final production of sound, graphics and color correction requires 1,35 million rubles. The creators announced crowdfunding to finish postproduction in time.

‘Our film is an artistic call to mercy. Anna’s story proves that even in the darkest times nothing can take away from us humaneness. For us, crowdfunding is not only an opportunity to raise the necessary funds for the "Anna's War" to be released, but also a way to open the film to the widest audience. Therefore, we decided to launch a crowdfunding campaign on two platforms: Boomstarter (in Russian) and Indiegogo (in English). We are sure that our film is important not only for the Russian audience, but for the whole world.’