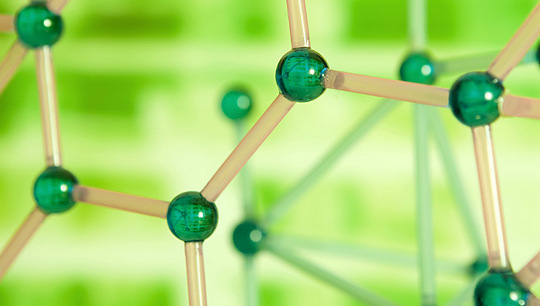 ChemistrySelect magazine published the work of the scientists of UrFU Institute of Chemical Engineering (Technological School of medicinal chemistry, pharmaceutics and medical engineering) together with the chemists of the University of Visva-Bharati (Santinitketan, West Bengal, India). The scientific article is devoted to the development of methods of atomic economy for the synthesis of medicines.

'We talked about the methods we have discovered in green chemistry that allow us to synthesize new heterocyclic compounds, which can be used for the creation of certain medications in conditions of high atomic economy. For example, thanks to such methods, the synthesis of certain medications can become more environmentally friendly and affordable,' said Professor of UrFU Institute of Chemical Engineering Grigory Zyryanov.

The research is funded by a grant of the Russian Science Foundation, where scientists from Russia and India plan to develop methods of green chemistry to create new compounds for the needs of medicine and technology. Previously, they had already published another study in the same area; the researchers suggested to use copper-based nanoparticle catalysts in the creation of medical preparations in place of palladium-based catalysts. According to chemists, this is a promising direction, since palladium is very toxic to living cells and at the moment there are no reliable ways to remove its traces from the final product. Also, palladium is quite expensive, so using copper nanoparticles is an economically and environmentally justified solution.

‘Green chemistry allows to effectively develop the international cooperation of chemists. Working on the Russian Scientific Foundation’s project, in addition to research, we publish joint work with Indian colleagues, in particular, the journal ChemistrySelect, which this year will be given an impact factor of three, Green Chemistry magazine with impact factor 9.125 and the journal Coordination Chemistry Reviews with impact factor 13.324. Our cooperation also includes exchange of scientists and students, holding conferences and, possibly, the opening of a master's program in green chemistry,’ added Zyryanov.