Matches with the Polish team ended with a score of 4:2 and 3:1 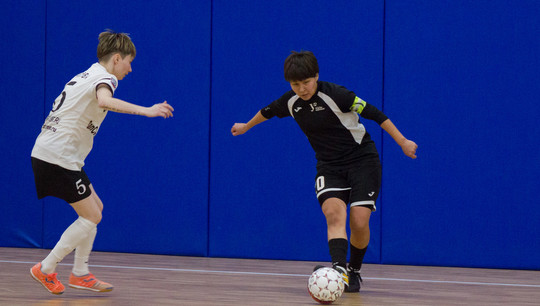 According to Zalia Gazimova (on the right), international matches of the national team have faster speeds

A student of Ural Federal University, a player of UrFU first women's football team Zalia Gazimova played for the Russian national team in a match with Poland. The Russian team won with a score of 4:2 and 3:1.

‘We came here to play, get new experience and prepare for the tournament on May, 9. I think is logical we won with such a score. There were a lot of moments, when we missed opportunities to score, so the results could be better,’ - told Zalia. ‘In the international matches the national team has very different speed and a special game system. Now I understand how our team is playing.’