Registration of UrFU specialists’ application was reviewed in record time 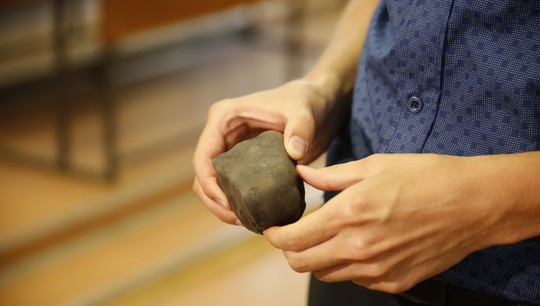 The official registration of the meteorite Ozerki was held on the eve of the 81st Annual Meeting of the International Meteoritic Society, which these days is taking place in Russia for the first time. Registration of UrFU specialists’ application was reviewed in record time. From the moment of the observation of the bolide on June 21, the calculation of its trajectory, the search for the fragments in the place of the fall, the first findings before their investigation, classification, preparation and registration of the application took only four weeks, which is a record of its kind.

The analysis of the trajectory was carried out by the employees of UrFU Laboratory of Terra Consortium together with colleagues from Helsinki University. The bolide was recorded in Chernozemye on June 21. Four days later, UrFU expedition found the first meteorite sample in the calculated location. In total, different expeditions gathered more than one hundred samples weighing more than eight kilograms.

After the Annual Meeting, local scientists together with their foreign colleagues will visit to the place of the fall of the Chelyabinsk meteorite.