The search will continue until the end of the week 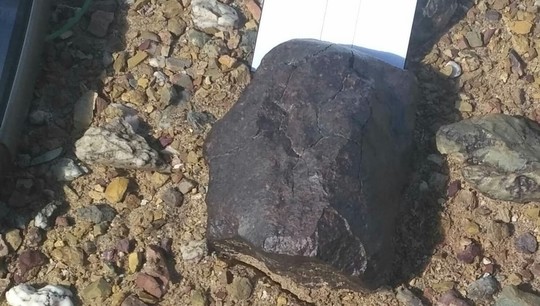 Three more meteorites were discovered by the members of the meteorite expedition of Ural Federal University in the Mongolian part of the Gobi Desert. Samples weighing 300, 170 and 100 grams were found in the area of Shine-zhins.

In total, the number of fragments found by the Ural scientists is four. The first meteorite (weighing 800 grams), was found on August 27.

The expedition includes six employees of UrFU Institute of Physics and Technology; the scientists from the Institute of Astronomy and Geophysics of the Academy of Sciences of Mongolia also joined the expedition part.

This year UrFU organizes the international meteorite expedition for the fourth time. The first three took place in the Antarctic (Queen Maud Land), Iran (desert Dasht-e-Lut) and Chili (Atacama Desert). On the territory of the USSR and Russia, the meteorite expedition has been active since 1986.