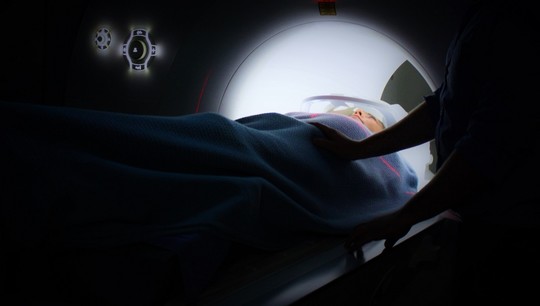 Malignant tumors are the second most widespread mortality cause, the first being cardiovascular diseases. Photo: Ken Treolar/Unsplash.com

The scientists of Ural Federal University propose developing the oncological diseases treatment method based on the neutron capture reaction. As a result of such capture, a large amount of energy is released, leading to cell death. Almost any nucleus can execute neutron capture, ranging from hydrogen to uranium-238, except for helium nuclei.

Mind you, February 4 is the World Cancer Day. According to the statistics, malignant tumors are the second most widespread mortality cause, the first being cardiovascular diseases. Therefore, the timely diagnosis and treatment of oncological diseases are among the most important issues facing each country of the world.

According to Lydia Smyshlyaeva, junior research fellow at the Fundamental Research Laboratory of Physiologically Active Substance, neutron capture therapy on boron-10 isotope — boron neutron capture therapy (BNCT) — is most common and studied. The choice of this nucleus is due to the high thermal-neutron capture cross-section, boron having low toxicity, the nucleus stability, relative availability in nature, and the ability to undergo synthetic organic transformations.

‘When a neutron is captured, the nucleus of boron-10 goes into the excited-state nucleus of boron-11, which almost immediately splits into an α-particle and a lithium-7 recoil nucleus,’ Lydia Smyshlyaeva says. ‘These particles have a high coefficient of linear energy transfer, thus a low free path length in the tissues. For an α-particle, it is about 9 microns, for a lithium nucleus — about 5 microns. These paths are smaller in size than an average cell, so it is fair to say that they lose all energy within a single cell, thereby leading to its destruction.’

‘Of course, special requirements are imposed on agents for BNCT, in addition to selective accumulation in tumor cells: the concentration of the agent in the tumor should be at least 3 times the concentration of the agent in healthy tissues,’ Lydia Smyshlyaeva notes. ‘Compounds that are promising for BNCT should have low toxicity to reduce the harmful effects on healthy tissue. Besides that, the medicine should be quickly excreted from the blood to avoid its overexposure, which was observed in the early stages of the therapy development. In addition, the substances should show amphiphilicity if the agent is to be used for treating brain tumors and successfully overcoming the blood-brain barrier. The priority is also given to agents with a higher boron concentration in order to quickly reach the desired isotope concentration in the tissues.’

The search for such agents for BNCT is carried out at the Department of Organic and Biomolecular Chemistry of UrFU Institute of Chemical Technology, together with UrFU Institute of Physics and Technology and the Institute Of Medical Cell Technologies of Ural State Medical University. A group of employees synthesizes various boron-enriched analogues of physiologically active compounds based on azaheterocyclic compounds and carboranes containing 10 boron atoms in the molecule at once. After that, the synthesized compounds undergo preliminary in vitro test deermining the toxicity and accumulability in healthy cells and glioblastoma cells, since the clinical goal of BNCT is mainly the treatment of glioblastoma multiforme and malignant melanoma.

In December 2018, Lydia Smyshlyaeva defended her thesis on the design of heterocyclic carboran derivatives — promising agents for BNCT.