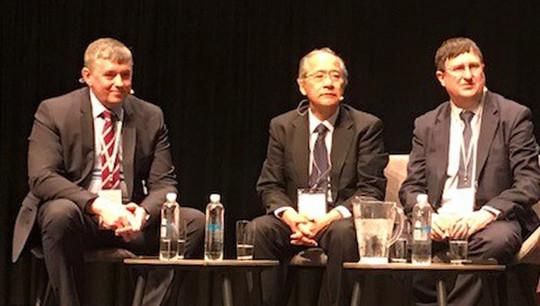 The comparison between the teaching staff and some of the leading world centers performance showed that they are similar, and the share of active authors in UrFU is not high enough. This was stated by the UrFU Rector Victor Koksharov, who spoke at a panel discussion in the framework of the educational conference in Copenhagen.

‘Since 2012, the number of the university staff scientific publications has been steadily increasing in titiles indexed by WoS and Scopus,’ Koksharov notes. ‘An important question regarding the increase in the number of publications is related to the personal productivity of the authors. Are they writing less than they can? The answer, according to the study, is no.’

According to Koksharov, an increase in the number of publications is possible only by increasing the number of active authors associated with the university.

The conference "Building Bridges. Research Solutions” by Elsevier was held on February 9—11 in the capital of Denmark and featured international experts in the field of education and science. Victor Koksharov is the only rector of a Russian university on the forum. UrFU is a long-time partner of Elsevier.