University scientists have created a new type of magnetic sensor

The design can be used for non-invasive diagnostics 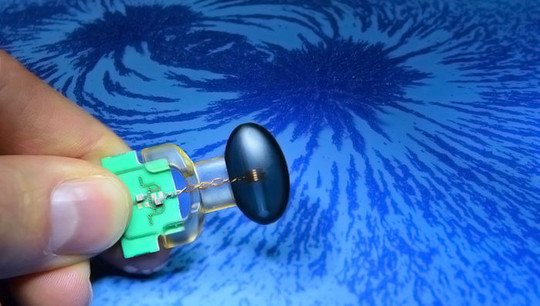 A team of scientists from the Ural Federal University in cooperation with colleagues from NUST MISIS and the University of Aveiro (Portugal) presented a new type of magnetic sensor for non-invasive diagnostics. The results of the study were published in the Magnetism and Magnetic Materials magazine according to the “Indicator”.

“The work of the invention is based on the principle of a tuning fork and is able to detect weak magnetic fields up to the signals of the human heart. The design can become a serious competitor to modern magnetic sensors used for non-invasive diagnostics”, — says the “Indicator”.

It is possible to detect coronary heart disease, multiple sclerosis, Alzheimer, schizophrenia and some other serious diseases with the help of magnetic diagnostics.

The sensor, patented by a team of researchers, consists of composite materials capable of converting a weak oscillation of an external magnetic field into an electrical signal. This sensor, unlike analogues, operates at room temperature and is very compact: its working part does not exceed 3 cm in length.