Scientists Construct a Device That May Facilitate Mining the Cosmic Resources 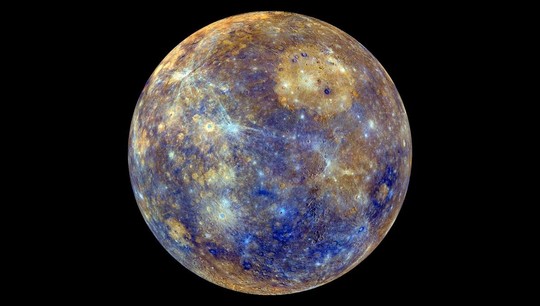 An international group of scientists (Finland, Russia, Germany and the USA), including members from the Ural Federal, has developed a device that will help find minerals on the Moon, planets and their satellites, as well as on asteroids and meteoroids. The results of the project funded by the European Commission (the highest executive authority of the European Union) were published in the Journal of Visualized Experiments.

“Scatterometer allows us to verify theoretical ideas on accurate experimental data on how a particle of a given substance reflects light,” explains Maria Gritsevich, senior researcher at Extra Terra Consortium laboratory at UrFU.

The measurement process is as follows: the particle is placed inside the ultrasonic levitator (particle holder), and it freezes in space. Four hundred miniature transducers (each smaller than a centimeter in diameter), which are placed in the levitator and grouped into controlled channels, create an ultrasonic field with the given parameters. In this way, the experimenters change the orientation of the studied particle without touching it.

This allows studying the entire surface of the particle, and thus, getting the most reliable results.

High-precision equipment records how a particle in one position or another distributes the energy of a light beam aimed at it, how many photons it reflects under the influence of a light wave of any length in a given range, from visible to infrared, and at almost any phase angle. We record observations on a high-speed camera to reconstruct the shape of the particle later.

The laboratory picture is similar to how space objects redistribute streams of sunlight. In the case, if the results of laboratory measurements coincide with the astronomical observations of an object in space, the properties of the particles from the experiment could be adapted to the substance that makes up the regolith (surface layer of granular soil) of this object.

“Humanity is spending enormous amounts of money to observe cosmic bodies – using both ground-based and space telescopes. Working model created in the laboratory simplifies the search for answers to questions like: what is the surface roughness of a particular space object; what is the statistical distribution of particle sizes on the surface, etc.,” comments Maria Gritsevich. – And thus, the method we developed proved to be useful in interpreting astronomical observations of the asteroid Vesta and comet Churyumov-Gerasimenko. In addition, in comparison with its analogs, our levitator has unique automation, which affirms not only the desired location of the particle, but also its necessary orientation in space."

Thus, the technology proposed by scientists will facilitate and cheapen the preparation of space missions for the study of space objects: this will serve as an early provision of valuable additional information about their optical properties.

The scatterometer is also applicable for solving “mundane” problems. For experimental particles placed in the levitator, scientists can use, for example, samples of sand from the Sahara desert or volcanic sand from Iceland and thus gradually collect a database on the ways of behavior of these particles in natural conditions. Artificial Earth satellites probing the surface of our planet will be able to operate that database to detect sand or dust storms. Thanks to it, it would be possible to prevent emergencies in urban and industrial infrastructure, agriculture, transport and to lower human casualties. Studying and modelling of suspended aerosol particles will open up new knowledge about the nature of climate change.