UrFU's Website Is One of the Most Effective in Russia Attracting Foreign Students Attention, Experts Say
More

UrFU's Website Is One of the Most Effective in Russia Attracting Foreign Students Attention, Experts Say 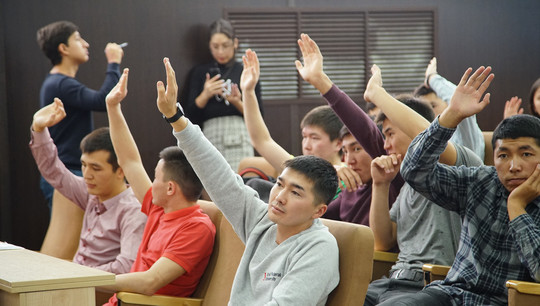 Among all institutions analysed, 21 universities from the 5-100 Project were ranked. Photo credit: Pavel Elfimov.

A study conducted by experts of the Peoples' Friendship University of Russia (Russian abbreviation - RUDN) revealed that the website of the Ural Federal University is the best in attracting foreigners among other top Russian universities, RIA-Novosti reports.

"We are glad that experts evaluate our successes in this way. This cannot be achived in a single day's work. It is worth pointing out that the structure of the university’s web-portal consists not only of the English version, but also the Spanish and the Chinese. Just to add, we have recently won a grant from the Ministry of Higher Education and Science to create a Portuguese-language version of the website - therefore we will cover almost all applicants and students from the BRICS countries," said Evgeny Tulisov, Head of the International Marketing and Communications Office.

According to Tulisov, the university now faced a global challenge of digitalization of all processes in the university. There are entire programs to improve services being under development, including those for foreign students. In addition, experts admit the quality of the websites of the ITMO University, Tyumen State University.

“The RUDN research only adds up to the big picture. For example, UrFU was ranked second in the rating by the Russian Council for Foreign Affairs in English-language versions of sites and the first place - in English-language accounts on social networks. The task of our service is to adapt information for those who are sitting on a certain platform and determine where to learn it, and most importantly - to convey it simply and clearly, ”continues Evgeny Tulisov.

In total, the experts evaluated summer and winter schools promotion by 40 educational institutions (including 21 universities of the 5–100 Project).