The list of highly cited researchers was compiled by Clarivate Analytics 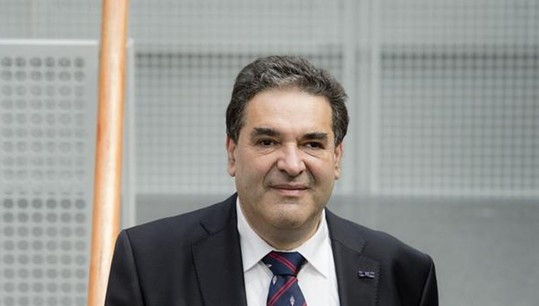 Mikhail Katsnelson, Head Researcher at the Department of Theoretical Physics and Applied Mathematics at the Physics and Technology Institute of UrFU and the Professor at the Radboud University Nijmegen (Netherlands), was included into the list of the most cited researchers in the world. In 2019, the list was compiled by Clarivate Analytics (current owner - Web of Science). The list contains the names of over 6,000 most cited scientists and scholars for the past decade.

Mikhail Katsnelson graduated from the Ural State University (now UrFU) in 1977. He became Doctor of Physical and Mathematical Sciences, and going to Europe he was entitled the Member of the Royal Netherlands Academy of Sciences, the European Academy and the Royal Scientific Society in Uppsala (Sweden). Katsnelson is one of the most cited scientists in the field of Solid State Physics. His publications on the properties of graphene get thousands of citations every year. For example, the most popular article, 'Detection of Individual Gas Molecules Adsorbed on Graphene', written in co-authorship, was cited 5,060 times. In total, there are 351 papers authored by Mikhail Katsnelson on Web of Science.

“I am the person who explained why the material has a zero coefficient of thermal expansion,” said Mikhail Katznelson. - I do a lot of research on graphene, magnetic materials, yet still not to the extent that my research products can get into our everyday life. Our goal is to gain a deeper understanding of the properties of materials. I study the underlying physical mechanisms that determine: why this or that material conducts the electric current the way it does; or why this one is transparent, and this one is black, and this one is yellow; or why this one is fragile, and this one is ductile and so on. This is our professional goal.”

This year, the Highly Cited Researchers list 2019 includes 10 authors affiliated with Russia. These are scientists from St. Petersburg State University, Skoltech University, Institute of Problems of Microelectronics Technology and High Purity Materials, Plant Physiology and Biological Instrumentation RAS, Moscow Institute of Physics and Technology and ITMO University. The United States of America remains the most represented country on this list with 2,737 scientists (44% of the names on the list). For the first time, China occupies the second position (637 scientists). In third place is the United Kingdom (516).

The status of a scientist recognized by WoS Highly Cited Researchers also affects the credibility of the educational organization in which he works. So, this indicator is taken into account in many world university rankings, including The Academic Ranking of World Universities (ARWU), is an important indicator for the Shanghai University Rankings.