University Hosted a Conference on the Methods of Effective Inslusive Education 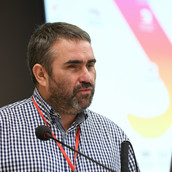 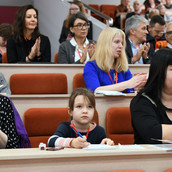 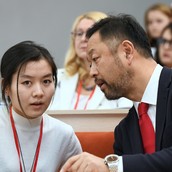 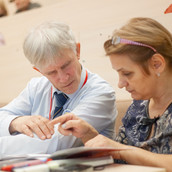 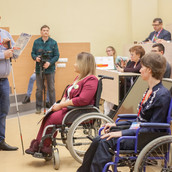 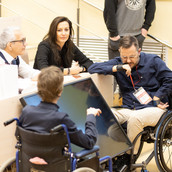 On December 12–13, the 2nd Scientific and Practical Conference with international participation “Extrability as a Phenomenon of Inclusive Culture' was held at the Ural Federal University. Nearly 200 representatives of 11 countries took part in the conference: Belgium, Germany, Greece, Belarus, Egypt, Israel, Italy, Poland, the USA, Ukraine and Russia.

The European experience of inclusive education and employment was presented by the director of the INTAMT Academy, Yuri Nikitin (Dusseldorf, Germany). Volunteering issues as an element of inclusive culture were highlighted by Tatyana Marynich, Dean of the Polesie State University Faculty (Pinsk, Belarus). Director of ESD Institute David Yellin Ayal Bloch (Jerusalem, Israel) discussed the education of students with disabilities in Israeli college. In turn, the Vice-Rector for Science and Education Maria Mikhalkpolku (Komotini, Greece) shared her experience in the formation of an inclusive sports culture at the Thracian University of Democritus.

The teachers of the Institute of Physical Culture, Sports and Youth Policy of Ural Federal University Victoria Dikhor and Nina Serova delivered the presentation on the online learning module for students with disabilities. Oleg Kolpashchikov, President of the Belaya Trost (the White Cane) organization, and his colleagues talked about their experience of involving people with disabilities and the manifestation of extrability in social projects, as well as about ensuring safety during their implementation. Colleagues from Belgium and Israel held a workshop on inclusive engagement.

Students of UrFU and guests of the conference took part in youth inclusive games, as a result of which the boundaries of restrictions were erased. Participants in mixed teams showed a successful result of inclusive interaction in various sports and cultural events.

Conference participants expressed interest in supporting social innovation, improving the quality of inclusive education and in supporting the processes that form an inclusive culture.