And Now for the Luzophones: UrFU Launches a Portuguese Website
More

And Now for the Luzophones: UrFU Launches a Portuguese Website

It will contain information for Portuguese-speaking applicants and students 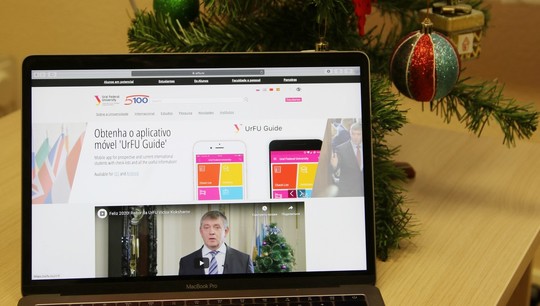 The site is launched by the international partnership and communications development department. Photo: Gleb Deryabin.

On December 27, the Portuguese version of the university’s website got launched. The new business card of Ural Federal University is aimed at disseminating information about the university in Portuguese-speaking countries. Portuguese is the second most widely spoken native Romance language behind closely related Spanish and is one of the most widely spoken languages ​​in the world (6–8 places). Ethnology experts estimate the number of Portuguese speakers - luzofons - at 240 million people.

A grant was received from the Ministry of Science and Higher Education. Money was spent on the translation of materials and technical support. The website was translated by a PhD candidate - a foreign student from Brazil. The technical issues were solved by the DIT service - the IT Management of UrFU.

“The site is focused on the Portuguese-speaking segment of the Internet, which includes Brazil, Portugal and some African countries. It is very important for students from Portuguese-speaking countries and their parents to be able to directly find out information about the university, about admission, read the university’s news on its official website,” the Dept. of International Partnership and Communications Development staff noted.

The opening of the site in Portuguese, in addition to the existing versions in English, Spanish and Chinese, allows for even wider coverage of applicants and students from the BRICS countries.