When Lost in a Multiverse - Measuring the Space Binding With Graphene 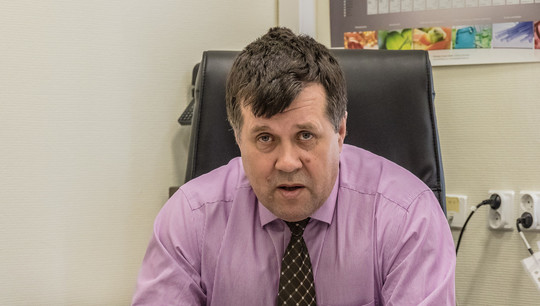 Optical experiments with graphene can hypothetically be used to analyze spaces with different curvatures, Ilya Vainshtein, a professor at the Ural Federal University, found out. His article “When Lost in a Multiverse Again” was published in Materials Today, one of the world's leading journals in the field of materials science (Q1, impact factor 24.372).

“For us, the usual Pi value of 3.14 is just another sign of a cozy Euclidean reality,” Vainshtein explains. “Another geometry with a different ratio between the diameter and circumference, and with other fundamental constants can change lots of physical quantities, thus requiring close attention.”

Here, according to the scientist, fantastic, in the literal sense of the word, metrological capacities of graphene come into play - a unique two-dimensional material of carbon atoms, which in simple, almost tabletop experiments allows us to estimate the fine structure constant which is, according to the professor, "without exaggeration, the most mysterious of the physical constants".

Professor of UrFU proposed a visual calibration curve - a universal template used to quickly and accurately fingerprint the Universe by the values ​​of Pi number and fine structure constant.

“Today, such measurements take on a special sound against the backdrop of changes in the international SI system that came into effect on May 20 last year. A fundamental innovation was the selection of a new basis based on seven world constants, three of which - the Planck constant, the elementary charge and the speed of light in vacuum - directly affect the value of the fine-structure constant, ”adds Vainshtein.

It is really unlikely that in the foreseeable future, humanity will learn to travel the multiverse - a hypothetical set of existing parallel universes. However, the imagination of the researcher allows you to take the impossible here and now.

“We live according to the laws of fundamental physical constants,” says Vainshtein, “their meanings are the very fingerprints by which we can distinguish our reality from another.”

Amateurs recall that for many years leading scientific minds have been arguing whether these constants remain unchanged in time and how the world around us would look after changing the values ​​of the speed of light, or Boltzmann constant, or Avogadro number, etc..

In his article, Professor Vainshtein continues the conversation started 2 years ago by Nobel Prize Laureate Andre Geim, who "offered to all travelers found themselves lost in alternate realities to use graphene as a universal metrological tool to quickly determine whether they had come out beyond their Universe" on the pages of the Nature Physics journal.