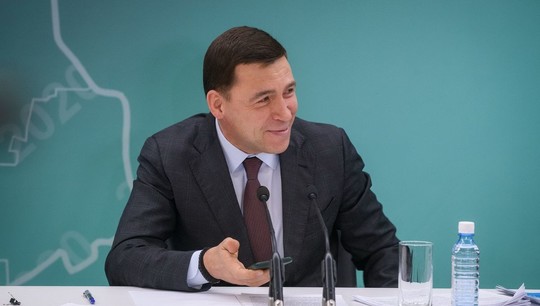 Ural Federal University has the potential to become the most modernized univeristy in Russia, according to the UrFU Supervisory Board Member, Governor of the Sverdlovsk Region Yevgeny Kuyvashev. Governor stated this last week during a traditional press conference.

“Today we see the Universiade legacy as a creation, sorry for slang, a cool university. I assure you, I traveled a lot, including the promotion of Yekaterinburg - a lot of young people, future students, want to study in Russia. Too many. “There is engineering, mining, medicine, IT-technologies, humanities,” Kuyvashev said. - And when we are talking about the village we are talking about 12'000 places, at least half of them should be given to Ural Federal University. This university may truly become a city-forming enterprise, as is the case with the world's most advanced universities. A university for any city, be it European or any other famous, it is a city-forming enterprise.”

In addition, Supervisory Board Member recalled the high quality of education and science at UrFU.

“We have a wonderful team in UrFU, its teachers today really provide high-quality education in many specialties. This is our competitive advantage, ”he added.