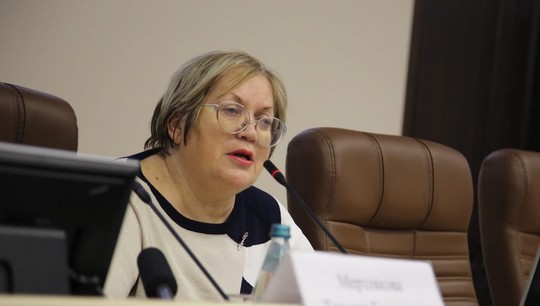 Social guarantees, protection of labor rights of citizens and other proposed amendments to the Russian Constitution were discussed by students of the Ural Federal University with Tatiana Merzliakova, the Commissioner for Human Rights in the Sverdlovsk Region.

"On the subject of amendments to the Constitution, a lot of appeals come about guarantees of additional education, drug provision, and indexation of pensions, including for working pensioners," said ombudsperson Merzliakova.

According to her, human rights and freedoms are better spelled out in the Russian Constitution than in any other world constitution, therefore the first two chapters of the main document will remain unchanged. However, in the future it may be necessary to refine the preamble.

Students have the opportunity to participate in the work of the public election observation center, which will monitor the all-Russian voting on constitutional amendments in the Sverdlovsk region. According to obmundsperson Merzliakova, for the first time in Russia, observers will track requests on social networks.