While participating in the meetings in Moscow, rector presented the areas that let the UrFU grow in the QS Rankings standings 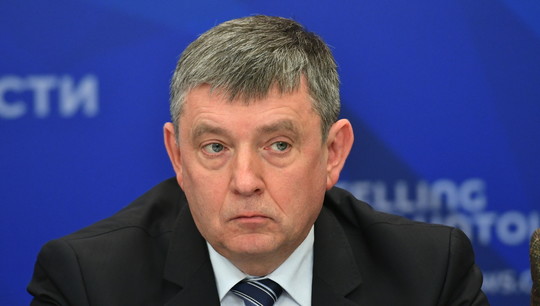 According to the rector, more and more international students look at the rankings positions first when choosing the university. Photo: Rossiya Segodnya.

The growth in the Ural Federal University in the QS subject rating is the result of major changes, largely due to its participation in the 5-100 program. This was stated by the rector of UrFU Viсtor Koksharov during the Moscow-London video bridge on the topic “QS Rating in the areas of training: movement of Russian universities”. Participants of the event discussed the development trends of the global education market, as well as ways to improve results.

“Russian higher education is reaching a new level, said Viсtor Koksharov. The fact that our university is located in a huge industrial region only helps us to develop our capacities, and, thankfully, we have a lot of corporate CEOs in our Supervisory Board. In addition, we have shown a very strong growth in the socio-humanitarian areas of training. All this allows the university to create a comprehensive, economic and social potential of the region."

During the press conference, QS Regional Director for Eastern Europe and Central Asia Zoya Zaitseva presented five Russian universities, the most represented in the ranking.

“I especially want to emphasize the success of the Ural Federal University, which was ranked this year,” said Zoya Zaitseva. “We also have a very large growth in the category of Arts and Humanities - on 127 positions up.”

Victor Koksharov noted that the growing popularity of authoritative world ratings directly affects the reputation and popularity among foreign applicants.

Victor Koksharov: “We can already say that rankings work for us, and when international students choose a university, they are guided by them.” - Today, in UrFU there are 4300 students from 101 countries. We are ready to get access to foreign applicants. For the further growth in the number of international students, there are still infrastructural limits. For us, this problem will be resolved in the near future - a village will be built for the participants of the Universiade, which will allow us to accept even more applicants."

According to the new QS subject rating, the Ural Federal University takes 354th place in the world in the humanities, 351st in the field of social sciences and management, 377th in engineering and technology and 386th in natural sciences. Based on the results of studies QS World University Ratings for 2020 subjects obtained as a result of four general studies in 35 subjects.The moderator of the teleconference bridge, the chief editor of the Social Navigator project Natalya Tyurina from Rossyia Segodnya noted that one of the most important priorities is the development of not only metropolitan universities, but also university centers in the Russian Federation.

“Ural Federal University has shown unique development in the new ranking. In addition, I would like to note that today they are the leaders of the Russian media space. It is very important to build high-quality, effective media activity in a single channel - said Natalya Tyurina. ”