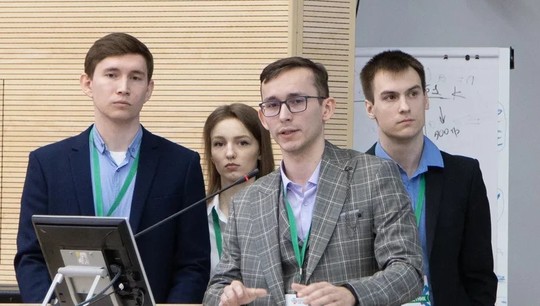 Experts examined the projects the participants had been preparing for 10 days. Photo: Ilya Safarov.

The Ural Federal University held the qualifying stage of the Case-in international engineering championship in student leagues in the electric power industry, metallurgy and petrochemistry and in the league of young specialists. This year, 256 students took part in the qualifying stage at the UrFU site, defended their solutions to engineering problems in the enterprises production.

All winners will compete for the main prize in the Case-in finals, which will be held in May 2020 in Moscow.

Case-in Engineering Championship is an international competition system for solving engineering cases among students, schoolchildren and young professionals. The goal is to popularize engineering education and attract the most promising young specialists to the fuel and energy and mineral resource complexes.
The championship is part of the platform Rossiya - Strana Vozmozhnostey - an autonomous non-profit organization created by decree of the President of Russia Vladimir Putin, which brings together 15 independent projects. The championship is organized by the Reliable Change Foundation.