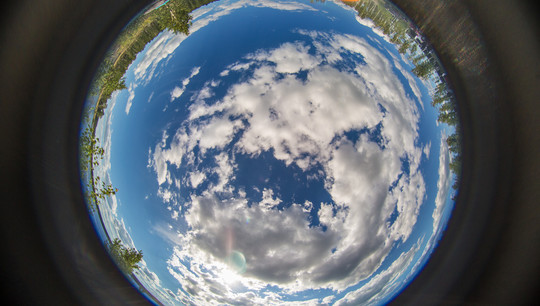 "And if we resist and refuse to fulfill this destroing function, will nature not choose a different path and other performers in its development?". Photo: Ilya Safarov.

One of the most popular hypotheses of modern cosmology says that our Universe is part of the Multiverse, a cluster of many universes. Out of one quantum fluctuation of the seething vacuum, the Big Bang came, so our Universe arose. Its embryo grew and developed, and the end point of this process will be decay and transition to the initial state from which the Universe appeared.

This evolution is described by the fundamental and universal Second Law of Thermodynamics. It says that over time, entropy, that is, a measure of uncertainty, disorder, chaos spontaneously increases. In the middle of the twentieth century, a hypothesis appeared that entropy is not just growing, but at the highest possible speed. The system is most likely to choose the path that leads to disorder faster than others. This hypothesis is called the "principle of maximum entropy production."

“20 years ago, I got acquainted with this idea, got carried away with it and undertook a literary search - how the principle of maximum production of entropy manifests itself in different fields of science. It was found that some scientists used it to describe the speed of chemical reactions, others explained to them the processes of crystal growth, others with its help predicted climatic phenomena, and so on. But they didn’t know about each other’s works, and there was no holistic scientific picture, ”says Leonid Martyushev, professor at the Department of Technical Physics at the Physicotechnical Institute, UrFU.

The scientist, together with a colleague, collected and summarized disparate examples; the results of the work are presented in the article “The principle of maximum entropy production in physics, chemistry and biology” in Phisical Reports (an authoritative journal with an impact factor of more than 28). The article attracted much attention, was repeatedly quoted and discussed in scientific papers, as well as at international conferences.

“Today, calls are often heard to limit energy consumption, reduce oil production, reduce emissions of harmful substances in order to prevent global warming and the associated natural and social disasters. However, the principle of maximum entropy production acts on our planet as an integral part of the Universe. If we are a product of evolution, a consequence of natural laws, perhaps the Universe has created us to randomize and destroy this world with our hands, to return to our original state as soon as possible. And if we resist and refuse to fulfill this destroing function, will nature not choose a different path and other performers in its development?” - thinks the scientist.

Professor Martyushev plans to summarize the new data in the review article “The principle of maximum entropy production: history of occurrence and current state”. The study was supported by the Russian Foundation for Basic Research.

“This topic is popular abroad, but there are practically no Russian-language materials on it. Therefore, the publication of an article in a Russian scientific journal, on the one hand, will facilitate the introduction of Russian-speaking scholars to this topic, and on the other hand, will increase the international rating of this journal, ”commented Leonid Martyushev.