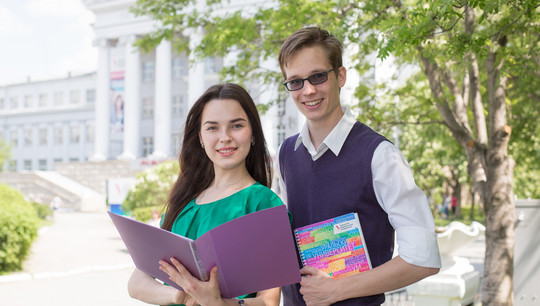 Ural Federal University is one of the three most demanded classical universities in Russia in the new rating of the project "Social Navigator" of the MIA "Russia Today".

This is the fifth study of the demand for Russian universities. It is based on three groups of indicators: the proportion of graduates who have received a job directions, intellectual product commercialization, and the faculty's citations.

The authors of the rating note that regional universities have steadily established themselves in the groups of leaders of domestic higher education. According to Natalya Tyurina, the head of the 'Social Navigator' project by MIA 'Rossia Segodnya', this allows students to provide access to quality education throughout Russia and has a positive effect on the labor market of its subjects.

In 2019, 436 universities were included in the study, which is 12 less than in 2018 (444). The reduction in the number of participants is associated with the reorganization, as well as with unification of a number of universities. The rating includes state, municipal and private universities, including 88 classical universities, 125 engineering universities, 49 agricultural, 65 humanitarian, 59 universities in the field of management and 50 medical.

'Social Navigator' is a project by MIA 'Rossia Segodnya' specializing in exclusive international and Russian social research in the fields of education, medicine and the urban environment. The project became the laureate of prestigious Russian awards - the Runet Prize and the 2012 National Program 'The Best Social Projects of Russia'.