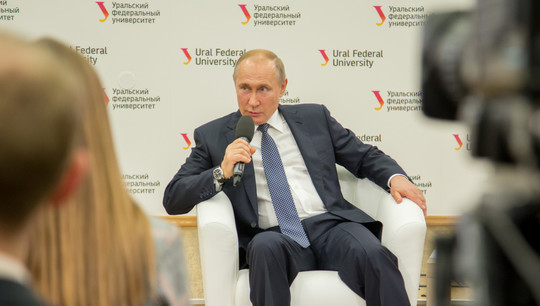 On April 18, Vladimir Putin signed a Presidential Executive Order that freezes visa expiry dates for foreign citizens legally residing, or working in Russia. Visas and migration cards get expiry permit waivers from March 15 until June 15 of 2020.

Here is the full text:

d) the validity period of the following documents whose validity period expires during the specified period: visa, temporary residence permit, residence permit, migration card with the expiration date stamped in it, refugee certificate, certificate of consideration of the application for refugee status the territory of the Russian Federation in essence, certificate of temporary asylum in the territory of the Russian Federation, certificate of participation in the State program, work permit, patent, permission to attract and use foreign workers.

a) employers and customers of works (services), subject to the fulfillment of established restrictions and other measures aimed at ensuring the sanitary and epidemiological well-being of the population, are entitled, in the manner determined by the legislation of the Russian Federation, to attract and use as employees:

foreign citizens and stateless persons who arrived in the Russian Federation in an order that does not require a visa and they do not have patents;

b) in relation to foreign citizens and stateless persons no decisions are made on the undesirability of their stay (residence), on administrative expulsion from the Russian Federation, on deportation or transfer to a foreign state in accordance with the international treaty of the Russian Federation on readmission, a decision on the deprivation of refugee status , temporary asylum, the cancellation of previously issued visas, work permits, patents, temporary residence permits, residence permits, certificates of participant of the State programs.

If you want to apply:

If you want to clarify your visa status: