A WWII Memorial Was Renovated at UrFU
More

A WWII Memorial Was Renovated at UrFU

69 names are now listed on the plaques 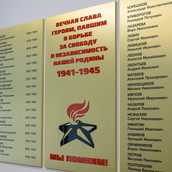 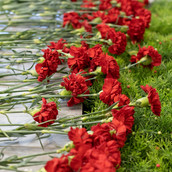 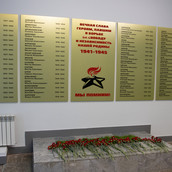 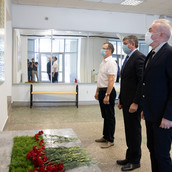 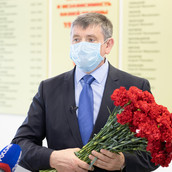 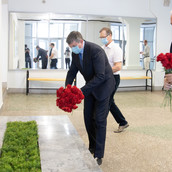 21 new names were added to the memorial of students and employees of the Ural Federal University who died during the World War II. The memorial plaque is located at 48, Kuibyshev Street.

Information about the dead students and employees has been collected for 55 years. In 1965, when May 9 was declared a public holiday, the first groups were created under the leadership of the party organization to collect materials on people's contributions to the Great Victory. Including these were search units from university students. The first 20 names were learned from the central archive of the Ministry of Defense of the Russian Federation in Podolsk. They were presented at the first memorial, which was located on Lenin, 51, and then was moved to Kuibyshev.

“When I was working at the university’s museum, I wrote letters to many archives in search of information,” says Valeria Mazur, who for many years worked as the director of the museum of USU (now UrFU). - Over time, the number of names found has increased, and some of them will be presented on a new commemorative plaque. Now I know about 100 confirmed names, but actually there are much more dead and missing. We can never know about many guys: there are mysterious stories that most likely ended tragically. ”

Valeria Mazur notes that the search for new facts will continue. Many archives are still not open.

In addition, to the 75th anniversary of the Victory, the Ural Federal University Museum and Exhibition Center prepared two exhibitions: “Books of Victory” and “History in Details. 1941-1945". The first project is a joint project with the rare books department of the UrFU Library. The exhibition presents in electronic format books published during the Great Patriotic War, and pocket-sized books about the war, released in the postwar years.

The second project “History in details. 1941-1945” is based on materials from the museum. Photographs of those times connected with the Ural State University and the Ural Industrial Institute are presented in electronic format. In the windows you can see the exhibits brought from the battlefields, as well as badges from the collection of Professor Yuri Vishnevsky dedicated to the hero cities and the anniversary dates of the Victory.