Chemists Found a Method to Define Products With Antioxidants
More

Chemists Found a Method to Define Products With Antioxidants

In 3-5 minutes, scientists can get results 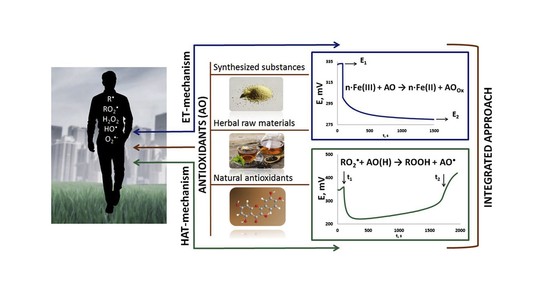 Scientists of the Department of Analytical Chemistry of the Ural Federal University have developed a method for determining the concentration of substances with antioxidant properties in various foods and drinks, extracts and solutions of natural substances, synthesized drugs, and biological fluids.

Using this method - potentiometry - they identified products with a high concentration of antioxidants. These are extracts of eleutherococcus and leuzea, tinctures of rhodiola and eucalyptus, blackcurrant juice and orange juice, kohlrabi and white cabbage, bell pepper and onion, green tea, dark beers, red natural wine. An article describing the methodology and the data obtained was published in the journal Analytica Chimica Acta.

“The electrochemical method of potentiometry is more effective than optical methods, it is used to observe electrons, not photons. Thus, for potentiometry, there are no restrictions on working with colored materials, such as blood or plant extracts, capable of absorbing light waves of a certain length. Additional advantages of potentiometry are the simplicity, compactness and low cost of the instruments, their high sensitivity, the ability to simultaneously monitor several substances and obtain analysis data within 3-5 minutes, ”explains Alla Ivanova, associate professor of the Department of Analytical Chemistry of UrFU.

The action of antioxidants in relation to oxygen free radicals is reduced to three mechanisms: the electron transfer (transfer) reaction, the hydrogen atom transfer reaction and the complexation reaction - the transfer of one or more pairs of electrons. A unique integrated approach developed by Alla Ivanova is to measure the effects of all three antioxidant defense mechanisms not only individually, but also in combination with each other. Ivanova's method is the result of twenty years of work begun under the guidance of Honored Scientist of the Russian Federation, Professor Hiena Brainina.

Another important result of many years of research is the analysis of blood plasma and dialysis fluid. The technique of Alla Ivanova made it possible to establish that during hemodialysis (artificial, extrarenal blood purification), antioxidants are washed out from the body along with toxins, so patients need corrective antioxidant therapy after hemodialysis.

Alla Ivanova has been studying the nature and effectiveness of mechanisms using the method of potentiometry for 20 years. Numerous works on the content and results of the work of the scientific team under her leadership have been published in authoritative international scientific journals. An article in the Analytica Chimica Acta is one of the last such publications.

Oxygen free radicals - particles with unpaired electrons that are formed in the body as a result of the incomplete recovery of the oxygen we consume - are necessary to ensure cellular respiration and cellular immunity, for protein biosynthesis, restoration of nerve cells, and regulation of blood vessel walls. However, an excess of aggressive and toxic free radicals leads to damage and destruction of many cellular components - membranes, mitochondria, lipids, proteins, DNA, and has a strong mutagenic and carcinogenic effect. The process of uncontrolled production of oxygen free radicals is called oxidative (oxidative) stress.

A large number of antioxidant compounds - polyphenols, in particular isoflavonoids - are found in herbal extracts, berries, fruits, vegetables, alcoholic and non-alcoholic drinks, as well as in medicines - for example, antiviral, antidiabetic, vitamin preparations and ophthalmic solutions.