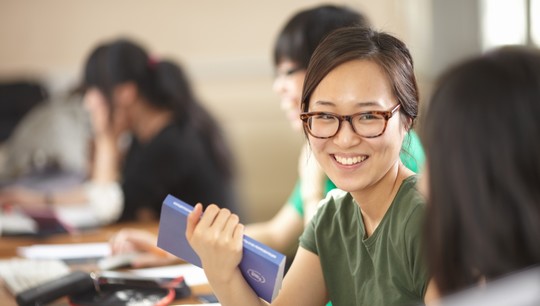 The Ministry of Higher Education and Science of Russia annually allocates up to 2.4 million dollars for the training of students in foreign universities. Photo: Polina Pogrebitskaya.

A student and three PhD students of the Ural Federal University won the competition of the Ministry of Education and Science of Russia and will receive a scholarship from the President of the Russian Federation to study abroad for the 2020/21 academic year. Next year, Alexander Ryabin, Angelica Karaeva, Ivan Smolyanov and Ilya Yakovlev will be able to study at the world's leading universities. The scholarship will cover their expenses for training, visa processing, travel to and from the place of study, accommodation, medical insurance, travel by local transport.

“In February 2021 I will go to study at the University of Trento, Italy. This is my second trip on a grant from the President of the Russian Federation. The first time I also went to the University of Trento, but that was in the 2018/19 academic year, says Angelica Karaeva. “The choice of the university is due to the fact that the Department of Environmental Economics has scientific partners there, we are working together on various projects."

According to the Angelica, getting a grant is not as difficult as it might seem.

“The main difficulty lies in obtaining documents from the host university. The procedure is laborious: it is necessary to study the peculiarities of the tax legislation of the country in which the training is planned, agree on the travel dates and conditions, and many other important points. If a student or graduate student has a good scientific background, then the chances of getting a grant are very high, the main thing is to find and agree with the university you want to go to,” explains the graduate student.

In total, about 200 applications were submitted to the competition of the Ministry of Higher Education and Science of Russia. Russian students who showed themselves in the fields of science, culture and art, who achieved significant success in fundamental and applied scientific research, took part in the selection. 40 students and 60 postgraduates from all over Russia became the winners.

The scholarship is issued annually from September 1 for a period of study from one semester to three years. The official announcement of the All-Russian open competition is posted on the website of the Center for the Development of Education and International Activities (Interobrazovanie).