Chemists Won a Grant for 1,3 Dollars to Develop Antivirus Drugs 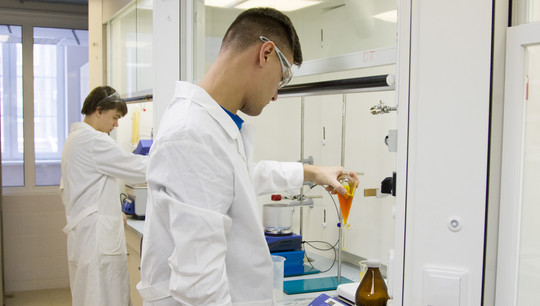 Grant of 100 million rubles allocated to a consortium of eight institutes, whose employees are engaged in organic synthesis. Photo: Karina Golovanova.

“The project is dedicated to the development of medicinal chemistry in the fight against socially significant diseases. According to it, three directions are supposed: the creation of means of protection against infectious diseases (antiviral and antibacterial), the creation of means for the fight against oncological diseases and the creation of means against neurodegenerative diseases, such as Alzheimer's, Parkinson's, etc., - notes Valery Charushin. - Out of 100 million, 19 will be sent to the Institute of Organic Synthesis of the Ural Branch of the Russian Academy of Sciences, 10 - to the UrFU. The support is very substantial and timely."

Scientists from the Ural Branch of the Russian Academy of Sciences and the Ural Federal University will work on the creation of antiviral and antibacterial drugs. In addition, with colleagues from the Volgograd Medical University, it is planned to create drugs against diabetes.