Prof. Zorina won a grant from the President of the Russian Federation Fund for the research 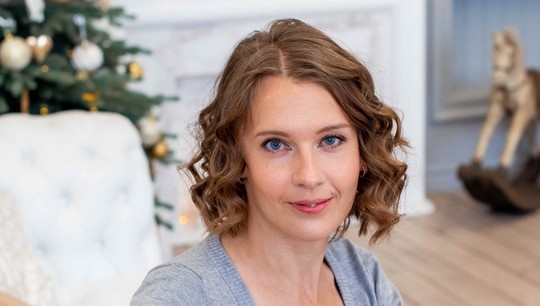 Maria Zorina: understanding the laws of texture evolution in metals and alloys is the basis for creating new technologies for the production of functional materials. Photo from the archive of Maria Zorina.

Scientists of the Ural Federal University are studying the laws of the formation of crystallographic texture in functional metallic materials with orientation-dependent physical and mechanical properties. The project was supported by a grant from the President of the Russian Federation for a period of two years.

"The purpose of the study is to formulate laws that will allow predicting the mechanical and physical properties of products based on the known and specified structural and textural states of the metal formed during deformation, thermal and thermomechanical treatments," said Maria Zorina, associate professor of the Department of Heat Treatment and Physics of Metals.

The study will develop physical concepts of the mechanisms of formation and development of structure and texture in materials with different structural components in the course of crystallographically oriented structural and phase transformations that occur during thermal and deformation effects. This will allow solving the problems of creating scientific foundations for new technologies for the production and processing of functional metallic materials with a cubic lattice.

“Understanding the laws of texture evolution in metals and alloys is the basis for optimizing and creating new technologies for the production of functional materials, as well as giving them a unique set of orientation-dependent physical and mechanical properties. The main task of this project is to establish the laws of textural heredity during structural and phase transformations, which are realized as a result of deformation and thermal effects, in materials with a cubic lattice,” noted Maria Zorina.

As a result of the project implementation, new experimental data and theoretical models on the mechanisms of the emergence and development of local and integral textures will appear. This will allow for the transition to advanced production technologies for the processing of metallic materials, and will also make it possible to obtain new materials with a given anisotropy of physical and mechanical properties due to the presence of a crystallographic texture.