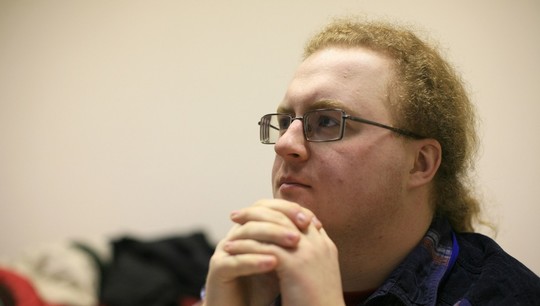 Chemists of the Ural Federal University have developed a simple and highly efficient method for the targeted synthesis of a wide range of new substances. It is potentially useful for the production of anticancer drugs. Using this method, scientists have obtained about 50 such compounds.

The researchers published an article about the work carried out and the results in the journal SynOpen.

We are talking about the reaction of [3 + 2] -cycloaddition between three atoms of azomethine ylides and two atoms of conjugated alkenes.

“In a ylide molecule, positive and negative charges are located on different atoms. This allows ylides to react with a huge number of compounds, including those presented in our article. Alkenes - in our case, nitrochromenes - are organic compounds with a double bond between carbon atoms. The chemical activity of nitrochromenes under the influence of the nitro group in their structure significantly increases, which also allows them to enter into a wider range of reactions,” explains Nikolai Zimnitsky, assistant at the Department of Organic Chemistry and High Molecular Compounds of the Ural Federal University, co-author of the article and research.

The building blocks that make up the ylides - amino acids and acenaphtenquinone, as well as their derivatives - are biologically active. The same can be said for chromens. Some derivatives of these building blocks (including those directly present in nature, for example, horsfilin, an alkaloid contained in Horsfieldia superba and having an analgesic effect), have already established themselves as compounds with pronounced antitumor, anti-mutagenic, anti-inflammatory, anti-tuberculosis, anti-malarial, anti-microbial antifungal properties, such as improving cell nutrition and promoting memory development.

“This means that substances synthesized by 'adding' ylides and chromenes are also likely to exhibit biological activity. We see confirmation of this in joint work with biologists of our institute. Many compounds created earlier by us and other scientific teams and related to those that we synthesized and described in this article have the ability to trigger apoptosis - the process of “dying”, cell death. In this case, cancer cells are destroyed more actively and faster, while ordinary cells survive. In this work, we found that the combination of chromene-amino acid-acenaphthenequinone is also characterized by very high chemical activity,” Nikolai Zimnitsky comments.

By the method presented in the article, it is possible to synthesize a very wide range of such compounds and in the future to choose the most suitable for the treatment of a particular disease. The synthesis of such substances is one of the most effective and dynamically developing approaches to the discovery of modern drugs, including those against oncological diseases.

The uniqueness of the results of the studies carried out also lies in the fact that the chemists of Ural Federal University for the first time thoroughly studied the properties of such amino acids as pipcolic and tetrahydroisoquinoline-3-carboxylic acid.