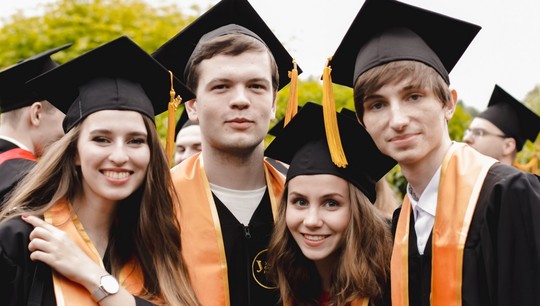 Ural Federal University has made significant progress in the new subject ranking of the international agency QS. The university entered the top 100 for the first time in Petroleum Engineering, Social Policy & Administration and Hospitality & Leisure Management.

“Every year the University plays an increasingly important role in the development of the Ural region and the entire country - in the field of science, education, economics, industry, social life,” says Dmitry Pumpyansky, Chairman of the Supervisory Board of UrFU. - The growth in QS rankings in such important areas reflects the effectiveness of our work with the real sector of the economy, progress in the development of modern educational technologies and the effectiveness of measures to support our scientists who fruitfully interact with colleagues from other countries. Thanks to this, the university as a whole becomes more attractive in a very wide range of areas."

In the QS subject ranking, UrFU has made significant progress in History, entering the 101-150 group for the first time. In Philosophy, the university is entrenched in the 101-150 group, and in Linguistics in the 251-300 group. Rector of UrFU Victor Koksharov notes that this success complements the image of the university and strengthens its competitiveness - both among Russian universities and in the global educational space.

“Our university is multifaceted, versatile,” emphasizes Koksharov. - UrFU trains qualified personnel and conducts research for industry, in the fields of sciences that determine technological progress, is included in the system of interaction with industrial partners. Our social and humanitarian areas are also at an exceptionally high level. This applies to all our students, including those who study at UrFU in engineering and natural sciences - they can count on the teaching of social and humanitarian disciplines in their curricula to always be of very high quality. They gain such important soft skills, experience with interdisciplinary projects, and this makes them even more valuable in the labor market."

In the industrial direction (Engineering - Mechanical, Aeronautical & Manufacture), the university moved up 50 positions and entered the 351-400 group. UrFU rose by 100 positions in economics (group 351-400) and computer science (group 451-500).