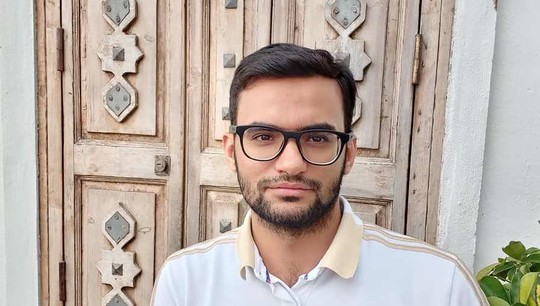 Senior Researcher of the Department of Computational Mathematics and Computer Science, scientific laboratory "Mathematical modeling in physiology and medicine using supercomputer technologies" of the UrFU Ahmed Hendi Said Abdelaziz became the editor of Mathematics and Computers in Simulation. The journal is devoted to computer modeling - the basics of system modeling, numerical analysis and development of modeling algorithms, computer hardware and software.

The publication also publishes articles on specific applications of modeling in science and technology, relevant to applied mathematics, the general philosophy of systems modeling and their impact on disciplinary and interdisciplinary research.

“My scientific work is related to scientific computing and computational mathematics. I specialize in the development of numerical and computational methods for fractional differential equations and their applications in various fields of science, says Ahmed Hendi Said Abdelaziz. “I would like to express my sincere gratitude to my scientific advisor, head of the Department of Computational Mathematics and Computer Science of the Ural Federal University, Vladimir Pimenov, for his constant support.”

Ahmed Hendi Said Abdelaziz was a graduate student of UrFU from 2014 to 2017. Since 2018, he entered doctoral studies, began to work as a senior researcher at the department and in the laboratory.