"During the World War II, We Helped the Front as much as We Could"
More

"During the World War II, We Helped the Front as much as We Could"

Margarita Chernova, a worker on the home front and Ural Federal University veteran, told how she survived the Great Patriotic War (1941-1945) 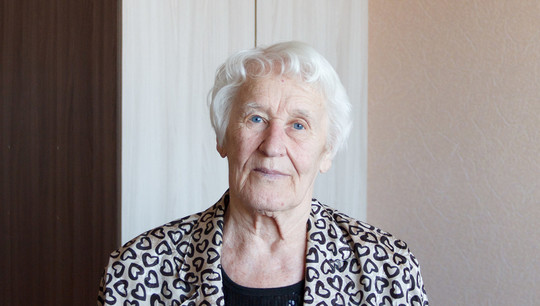 Margarita Chernova has worked at the university for more than 30 years. Photo: Danil Ilyukhin.

The latest issue of the Ural Federal University newspaper is dedicated to Victory Day. In the issue you can find information about how the Victory Day is celebrated in the university, about the memories of the participants of the war, as well as about the veterans of the university. Among the heroes of the issue is Margarita Chernova, a home front worker and Ural Federal University veteran.

"I caught the war as a teenager. Despite the fact that we were 11-15 years old, we helped the front as much as we could. We also had squads, modeled on Timurov's teams. We went to the families, whose fathers had gone to the front, and helped - we carried water, cut firewood. Besides, at the plant there was an auxiliary plot - we planted vegetables, cut wood, cut hay, there were cows and horses. In summer all the pupils went to that place to pull out the weeds, to pick potatoes and other vegetables, to help make hay, to take care of the animals. It was our duty, and no one objected," says Margarita Chernova.

After graduating from high school, Margarita enrolled at Ural State University (now UrFU) in the Department of History and Philology. She graduated in 1953 and worked at a school for eight years. Then, in 1961, she was persuaded to go to post-graduate school with Viktor Samatov, with whom she had studied together, to the department of the history of the Communist Party of the Soviet Union. She defended her PhD and stayed at the university, where she worked with students for more than 30 years.

"It was a great time and teachers were wonderful. I remember the lectures of Professors Ivan Chempalov, Vladimir Adamov, and Lev Kogan. They were not only talented teachers but also great scientists," adds Margarita.