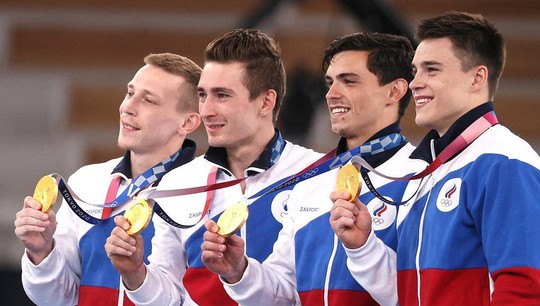 David Belyavsky, a graduate of the Ural Federal University Institute of Physical Culture, Sports and Youth Policy, won a gold medal in the team event in artistic gymnastics at the Olympics in Tokyo.

"David Belyavsky also participated in the Universiade, his experience is very useful to the university. The athlete stays in touch with the university and actively communicates with our students and athletes. We are also hoping to get Belyavsky as a mentor for student-athletes of Sverdlovsk region and the university team," said Evgeny Shurmanov, Director of the Institute of Physical Culture, Sports and Youth Policy of Ural Federal University.

The athlete's name is present on the sculptural composition in honor of medal winners of the Olympic Games, World Universiade and world university championships, installed in Yekaterinburg for the 100th anniversary of UrFU. David Belyavsky enrolled in the Master's Program in Management and Technology in Physical Education and Sports in 2017.

"I believe that UrFU is one of the best universities in the Urals and in Russia. It has its own athletic traditions, which I would like to join," David Belyavsky said during his application to Ural Federal University.