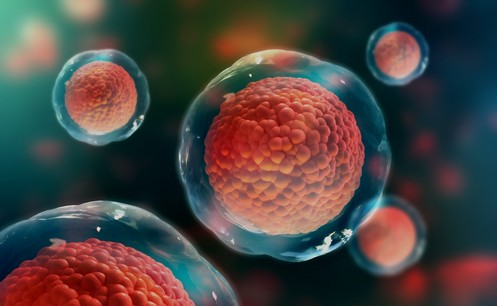 The theory allows to predict the behavior of magnetic nanoparticles. Photo: nano-magazine.com/

Mathematicians and physicists at UrFU have suggested a theory that predicts the key characteristics and behavior of interacting magnetic nanoparticles located in the nodes of a simple cubic lattice in the form of a set of mathematical expressions. The research results are important for the development of promising multifunctional magnetic materials with controlled properties in medicine and robotics. The UrFU scientists make it clearer which factors and external parameters to use to obtain the magnetic response of the required intensity in the synthesized material. An article describing the experiment and its conclusions was published in the Journal of Nanoparticle Research.

Magnetic nanoparticles in liquid media move freely, so in ferrofluids each particle performs a Brownian rotation together with a stationary magnetic moment inside it. However, when nanoparticles are introduced into a polymer matrix or biological tissues, particle movement and rotation become impossible. In this case, chaotic rotation of their magnetic coupling moments is the main mechanism determining magnetic properties of ensembles of such immobile (immobilized) nanoparticles due to thermal fluctuations. In other words, such particles become superparamagnetic.

The development of a general theory describing the interactions in the system of immobilized superparamagnetic nanoparticles remains a difficult task. Solving this problem and testing the validity of the theory and its practical applicability, the scientists of UrFU used computer modeling.

"Evaluating changes in the properties of the object under study experimentally, physically, is a time-consuming and expensive method. The advantage of mathematical modeling is that it can be used to do the same thing, but easily, quickly, and much more economically - by substituting different values of variables into mathematical expressions," explains Anna Solovyova, research participant and co-author of the article, researcher at the laboratory of Mathematical Modeling of Physical and Chemical Processes in Multiphase Media at UrFU.

A computer experiment makes it possible to simulate the behavior of the system in an equilibrium state. In this way it is possible to trace the microscopic properties of the model. For example, one can determine the directions of magnetic moments of all nanoparticles (in this case there were 512 of them) under given external conditions: temperature, simulation cell volume, intensity of the external magnetic field, etc.

"As the analysis of images received in the computer experiment showed, under certain conditions it becomes possible for the simulated system to transition to an ordered state of magnetic moments in the form of antiparallel chains. Around each nanoparticle six of its nearest "neighbors" were grouped in the same order: two particles formed with it the most energetically favorable "head-to-tail" orientation of magnetic moments, and the other four showed the second most favorable orientation - "side by side". Such an ordered configuration leads to a sharp decrease in the initial magnetic susceptibility of the system, and its magnetic response becomes very weak," explains Anna Solovyova.

The theory created and tested by Ural Federal University mathematicians and physicists allows to accurately describe this behavior and to predict that in this case a strong applied magnetic field will be required to produce a magnetically active material with controllable properties.

Multifunctional magnetic materials of a new generation - ferrofluids, ferrogels, emulsions, elastomers, biocompatible fillers - are produced by embedding magnetic nanoparticles in a liquid or polymeric matrix. Magnetic materials combine a rich set of physical, mechanical and physicochemical properties of polymeric materials and liquid media with a strong response to moderate external magnetic fields, which can be easily generated both in the laboratory and under practical conditions.

This combination of properties allows magnetic materials to be used in modern biomedical developments. Methods of using such systems for targeted transport of drugs and their fixation in the right part of the body are being developed. Magnetic materials are indispensable in magnetic hyperthermia, where micromodulation of magnetic nanoparticles in an alternating magnetic field leads to heating and destruction of tumor cells. Methods are being developed to create artificial muscles and biological tissues from magnetic materials for use in regenerative medicine, transplantology, and robotics.