Applications are accepted until January 2023 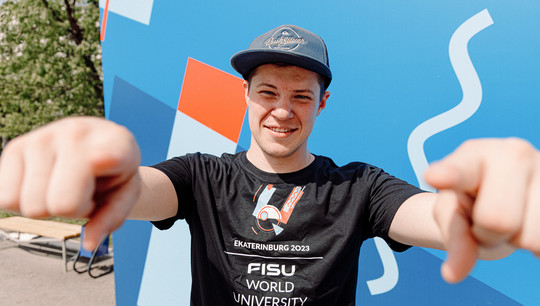 Candidates will have to pass an online test and an interview. Photo: press service of the FISU World University Games 2023.

Acceptance of applications for the FISU World University Games 2023 volunteer program in Ekaterinburg was launched live on August 8, exactly two years before the start of the games. Ural Federal University was the broadcasting platform.

"No major competition can be held without the help of volunteers. Volunteers are the first people participants see when they land at Ekaterinburg airport. Their smiles, positive attitude and readiness to help create a festive and comfortable atmosphere, as well as the image of our country," said Victoria Romenskaya, Head of the FISU World University Games 2023 Volunteer program.

The functions of the volunteers of the Games are very broad and will include a wide variety of activities - from working with spectators, participating in the ceremonies and giving out uniforms to help organize transportation, accommodation and medical services.

"Volunteer participation will be required not only for the games themselves in 2023, but long before that. So, starting from 2022, we will have a number of test sports competitions where volunteers will be able to get acquainted with their area of expertise and get well prepared for their work at the Games," noted Victoria Romenskaya.

It is planned to involve at least 11,000 volunteers of different profiles engaged in servicing venues, holding city events and creating a welcoming atmosphere in the city during the Games. The majority of them (about 7,000) will be residents of Ekaterinburg and the Sverdlovsk Region.

People from Ekaterinburg will be able to start volunteering in some positions from 14 years old at the time of the games, while foreign citizens and applicants from other towns of Ekaterinburg will be allowed to volunteer from 18 years old. Volunteers will also be expected to speak at least a minimum amount of English. Some positions may require knowledge of other languages (German, Spanish, French, etc.).Those wishing to become volunteers will take an online test for minimum knowledge of what the FISU World University Games are and the English language, as well as a follow-up interview. Then the candidate who has successfully passed the interview stage will be assigned to a functional area - and he or she will proceed to distance learning and subsequent training at the Games facilities themselves.

The application process for the Games volunteer team ends in January 2023.

Do you want to be part of history? Apply online!