Income Inequality Can Have a Negative Impact on the Environment
More

Income Inequality Can Have a Negative Impact on the Environment 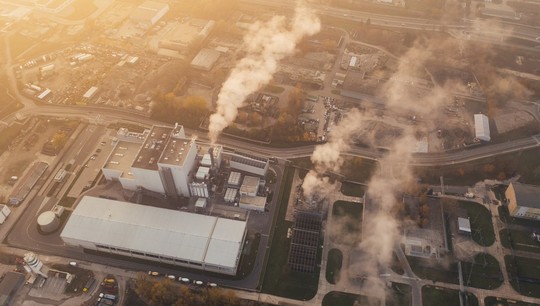 High levels of inequality have a negative impact on the environment. Photo: unsplash.com / Marcin Jozwiak.

Researchers at UrFU found that a high income gap between the richest and poorest segments of the population leads to higher levels of air pollution. At the same time, an increase in the Gini coefficient, which shows the deviation of income distribution from full equality, leads to a decrease in pollution levels. As per capita income increases, carbon dioxide emissions increase up to a certain income level, after which they gradually decline. Economists came to these conclusions from a study of data from 73 regions of Russia. The results were published in the journal Equilibrium. Quarterly Journal of Economics and Economic Policy.

"The findings can be explained as follows. If there is a significant income gap, the wealthiest citizens, who tend to make decisions about production, may not consider environmental issues, resulting in a negative impact on the environment. This may be due, in particular, to the use of insufficiently up-to-date equipment and technology, lack of technologies for capturing pollutant emissions at enterprises, and as a result, high carbon- and energy intensity of products," Natalia Davidson, associate professor of the Department of International Economics and Management at UrFU, commented on the study results.

Extremely low incomes of the least wealthy citizens may also have a negative impact on the environment due to consumption of relatively cheaper carbon-intensive products, growth of working time, and increased energy consumption, the researchers argue. At the same time, narrowing the income gap between the richest and poorest segments of the population can help improve the environmental friendliness of the goods produced and consumed.

The increase in the share of manufacturing, consumer spending, and electricity consumption also have a negative impact on carbon dioxide emissions. Therefore, it is important to reduce the carbon intensity of production, develop a meaningful approach to consumption, increase the share of renewable energy and improve energy efficiency, scientists urge.

"Econometric evaluation of the impact of inequality on carbon dioxide emissions was carried out using standard methods of panel data evaluation as well as the generalized method of moments. According to the results of the dynamic estimation of panel data using the generalized method of moments, we can confirm the hypothesis of the Kuznets environmental curve of an inverted U-shaped relationship between economic growth and carbon dioxide emissions," explains Oleg Mariev, head of the Department of Economics at UrFU.

The COVID-19 pandemic provoked an economic crisis and worsened the level of inequality in income distribution. In the short term, the lockdown led to a decline in pollution levels, but the authors note that as the economy recovers, the rise in emissions resumes.

"The study sought to examine the impact of income differentials on carbon dioxide emissions and to guide public policy on income distribution with regard to environmental consequences. One promising solution to the problem of carbon dioxide emissions, in conjunction with the regulation of consumption of carbon-intensive goods, is the introduction of a carbon tax for polluting businesses. This would reduce both emissions from production and the consumption of carbon-intensive products by households as a result of rising prices for them. Trading in emission allowances for enterprises may also be effective", concludes Sofia Turkanova, Master's student of the "Applied and International Economics" program.

The research was supported by the Russian Science Foundation (Project № 19-18-00262 "Empirical modeling of balanced technological and socio-economic development of Russian regions").