115 years since the birth of Sergey Korolev 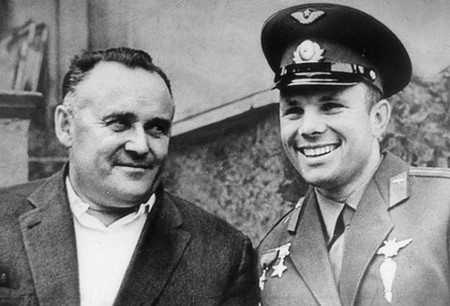 On January 12, 1907 Sergey Korolev, an outstanding scientist, designer in the field of rocket and space science, was born.

All countries have always dreamed of rockets and space flights. Korolev dreamt of space from an early age, inspired by the ideas of cosmonautics theorist Konstantin Tsiolkovsky, who dealt with the philosophical problems of space exploration.

The life of Sergey Korolev is a reflection of the phrase per aspera ad astra. His works laid the foundation for the world's rocket and space science On October 4, 1957, the first artificial satellite in human history - Sputnik-1 - was launched into earth orbit, the developer of which was Korolev.

"It was small, this very first artificial satellite of our old planet, but its ringing calls resounded across all continents and among all nations as the embodiment of humanity's daring dream," said the scientist.

Do you want to continue Korolev's work and conquer space? Enroll in the Astrophysics and Astrochemistry master's program, which is partly implemented in English at the UrFU Institute of Natural Sciences and Mathematics!