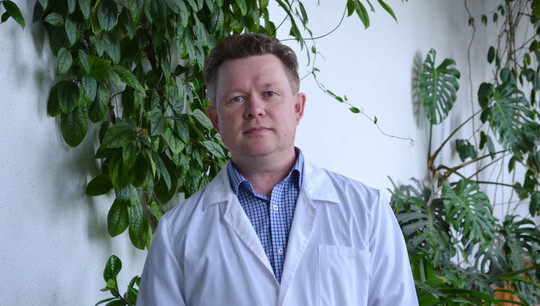 An international team of biologists has discovered and described three lichen species new to science from Pakistan. According to the scientists, by finding areas where there is a high degree of biodiversity, examining the characteristic features of species and determining the route of their distribution across the planet, they are able to figure out how geological and climatic changes over time have affected the vegetation and flora of the planet. A description of the new species is published in the journal Mycological Progress.

"The species found belong to the same genus Lobothallia, and we can compare them with each other. The new lichens are ancient within their family according to the totality of morphological and anatomical characters. By comparing their characteristics with data on evolutionarily younger species, we can identify territories that preserved biodiversity during long periods of global glaciation. Such areas are called refugiums - they do not have major climatic and geological changes, and it is from there that plants and animals disperse after unfavorable periods. If further research also finds these new species in other parts of the planet, we will be able to determine whether there were geological crossings that allowed lichens to move from East to West and vice versa after ice ages," explains Aleksandr Paukov, Associate Professor at the Department of Biodiversity and Bioecology of UrFU.

The study of new lichen species is useful not only for the study of our planet's past, but also for the care of its future. The presence of great diversity of these life forms is an effective indicator in assessing the condition of various ecosystems. Knowing the ecological characteristics of the area where lichens grow allows us to preserve them from extermination, thus preserving high biodiversity in nature.

"Lichens are natural indicators of environmental pollution; they are unable to exist in polluted areas. By assessing the diversity and survivability of lichens in specific areas, we can predict the state of ecosystems and propose measures for their conservation," adds Aleksandr Paukov.

As the scientist notes, the area of lichen distribution between Europe and East Asia is poorly studied. Now researchers are studying the flora of Southwest Asia. It should be reminded that earlier biologists of UrFU discovered a new property of lichens to adapt to some unfavorable environmental conditions.

Lichens are complex life forms, a symbiosis of fungus and simple algae. They can form the primary soil in barren lands, and also live on rocks and stone buildings, tree bark, desert sand, and animal bones. Their high indicative properties are widely used in mapping pollution zones and for biological indication of the area.