The organizers still needed to gather 170 000 rubles till December 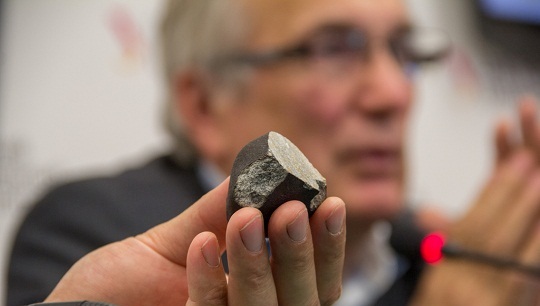 Russian meteorite expedition to Antarctica is planned for December

53 100 rubles have been donated by the students and staff of Ural Federal University and citizens of Ekaterinburg for the meteorite expedition to Antarctica. The organizers still needed to gather 170 000 rubles till December, the total required sum is 222 223 rubles.

There are several ways to become a sponsor of this unique project: make a donation from your credit card at Boomstarter  or send cellphone text message: “urfu <sum you want to donate>” (for example “urfu 500”) to the number 3443. There will be no commission.

Russian meteorite expedition to Antarctica organized by Ural Federal University will be held in December. The team of 6 people under the guidance of Professor Victor Grochowsky will go to Queen Maud Land, which is located 100 kilometers from the Russian Antarctic station "Novolazarevskaya", to explore areas of 'blue ice' and find new facts about the origins of the universe.

"Antarctica is a storehouse of cosmic material and a variety of ores. There are areas of "blue ice". Blue ice is ice rearing above the surface of a glacier, which is slowly moving down the mountain slopes for millions of years. Strong winds from the coast blow away the snow and sublimate ice. This ice contains fragments which can be million years old and are easily accessible. Meteorite can be called "free" material, which is as old as our planet. Imagine how much you can learn about the origin of the universe, life, its laws, and predict the future of our planet using this knowledge!" - says Victor Grokhovsky.