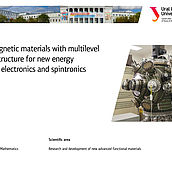 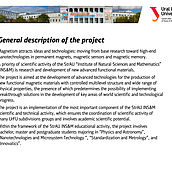 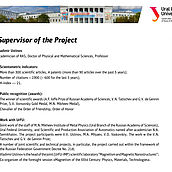 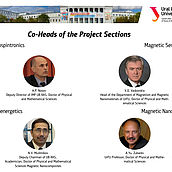 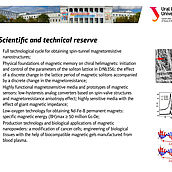 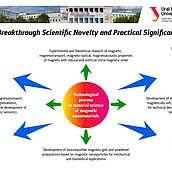 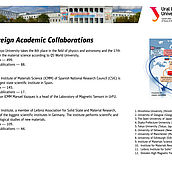 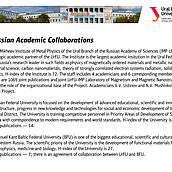 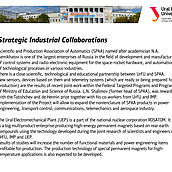 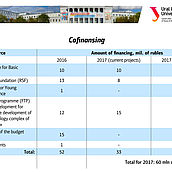 Tell us, please, what is the specialty and novelty of your project?

In order to talk about this, we must first give some comparison. Let’s compare two things in the field of magnetic materials: how these materials were made in the past and how they are made today. We must distinguish “god-made materials” and “man-made materials”. So, the god-made materials — this is the subject of study of scientists of the past, when the main type of search for new properties of materials was the process of sorting through natural materials, among which those possessing important and interesting properties were picked out. This is the paradigm of the last century. Today, the paradigm of scientific research in the field of magnetic materials has changed dramatically. Creation of new man-made materials, and not the search for already existing materials, comes to the fore.

And we have definite results. If we talk about magnetic materials — “man-made materials”, then these results began surfacing in the last century. And it is necessary to compare the successes in the creation of magnetic materials, which were already invented and made, with the future level of such creation. Studies aimed at creation of new magnetic materials, with extremely interesting practical properties, began at the end of the last century. Peter Grünberg, a German physicist, and Frenchman Albert Fert invented and synthesized magnetic superlattices — multilayered magnetic nanostructures. These “layered pies”, thickness of layers of whose is several atomic monolayers, have unique magnetoresistive properties. Hence the term “giant magnetoresistance” — strong changes in the electrical resistivity of a sample under the action of a magnetic field. The giant magnetoresistance effect was discovered in nanostructures with magnetic layers of ferromagnets, each of which has one direction of magnetization, which can be controlled and thereby can help determine virtually all properties of the nanostructure as a whole. It was yesterday, and the use of such magnetic nanostructures continues to this day.

Now, about what happens tomorrow. “Traditional” layered magnetic nanostructures obtained by using ordinary ferromagnets as magnetic components have some “impractical” properties along with some attractive ones. For example, it is very difficult to control the state of systems where the magnetic moment of each individual layer has a definite direction. We need electrical currents of giant density in order to turn the magnetic moment of an ordinary ferromagnet in a thin layer. That is why it is necessary to use other magnetic materials — with a different magnetic structure, which could provide a strong response to small external currents, which are “driven” into this system to control layers.

The novelty of our project lies in the fact that we are already trying to realize this idea: to use the so-called chiral magnets as the magnetic components of a multilayer system. These are magnets in which the configuration of the magnetic state is not of a simple linear form, but of a spiral: inside the chiral magnet, magnetic moments of individual atoms form a magnetic spiral. And we will try to rotate the whole magnetic spiral of the entire layer, not try to control the direction of magnetization in each separate layer of the nanostructure. And this, according to our preliminary estimates, can be done by much smaller external forces. And so we hope that we will be able to create multicomponent and multilayered magnetic systems, the magnetic part of which will be made of such chiral magnets. We hope to create tunnel structures with chiral layers that will have the same level of unique magnetoresistive properties as traditional magnetic structures based on ferromagnets, but, in contrast to them, will be controlled by much less intense external forces. And it will allow us to use them practically.

Our long-term goal is to create Magnetic Random Access Memory, based on the use of tunnel chiral nanostructures, effectively controlled by relatively low electric currents, which will be practically used and which will be in demand.

All of the above concerns only one part of our project. The project is multifaceted. There will be fundamental research and development of new material technologies for magnetic sensorics, new nanostructured magnetically rigid materials (permanent magnets) for energetics, new nanocomposite materials based on magnetic nanoparticles, and technologies for their application.

Since our project is being implemented by the university, first of all I would like to emphasize the potential significance of this project for the university. If all goals of the project are realized, this will allow the university to reach the most advanced position among the world’s scientific organizations that determine the fate of modern electronic civilization. And this is not the exaggeration. The objectives that we set are very ambitious, but the goal is noble. The implementation of such a “magnetic” project will allow the university to take a leading position as a scientific organization of the highest rank.

And if you consider Russia and the world in general?

Our project can have a significant impact on the world’s development. If we succeed in realizing our plans to create fundamentally new nanostructures and nanomaterials that have unique properties that are unattainable today, this will undoubtedly be important at the world level.

How can your project affect the world market?

Today, the market for magnetic materials of a different class shows an obvious upward trend. For example, our magnetic materials, which have very high sensitivity to the magnetic field, can act as magnetic field sensors. In today’s computers, all the read heads that take information from hard drives are based on materials with a giant magnetoresistance, this is already an accomplished fact. This is a commercial product that has already been mastered by all leading companies. The market for sensors based on magnetic phenomena is gigantic. The market for displacement sensors, which are based on the analysis of magnetic fields “tied” to moving elements, is about five billion dollars. The growth rate of this market is over 9% per year.

Another component of our project is the creation of new materials for permanent magnets, an extremely demanded segment. As of today, the market for electric motors based on permanent magnets exceeds 45 billion dollars, and the growth rate of this market is more than 12% per year.

Everything that will be done within the framework of the project will undoubtedly find its niche in the market of modern magnetic products.

Let’s talk about the future. What are the prospects for this sphere for the next 5-10 years?

There is one keyword that must be used in our conversation — spintronics. This is the name of a new branch of magnetism — the science of the motion of the spins of conduction electrons. Electrons in conductors, in addition to electric charge, carry the spin moment and the magnetic moment associated with it, controlled by a magnetic field.

The development of spintronics will allow us to control all modern electronic devices using not only an electric field that moves electric charges, but also a magnetic field that makes it necessary to change spin and the direction of magnetic moment of electrons. It is a very important control element.

Future results, which may be fundamental for the next stage in the development of electronic civilization, are still ahead. Prospects go far beyond our project, which is still aimed at achieving concrete results. 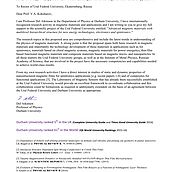 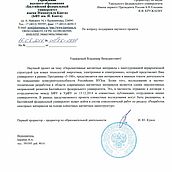 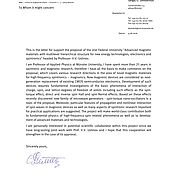 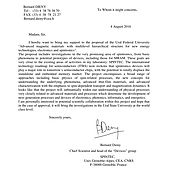 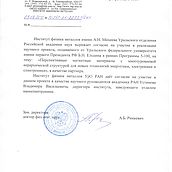 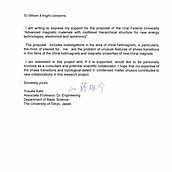 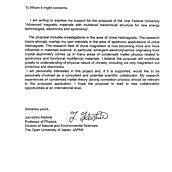 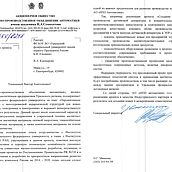 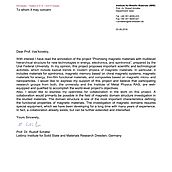 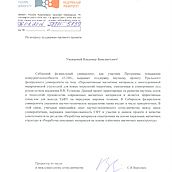 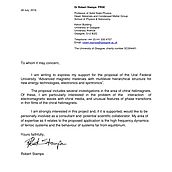 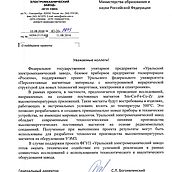 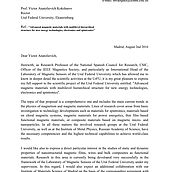