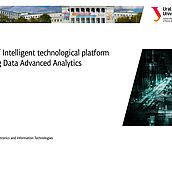 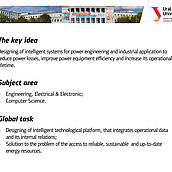 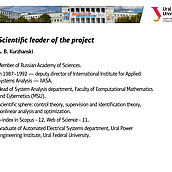 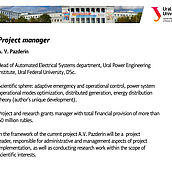 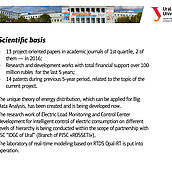 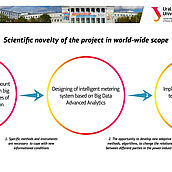 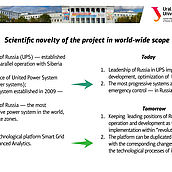 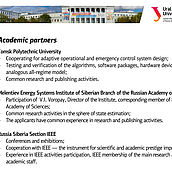 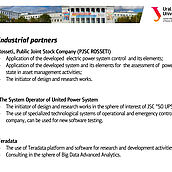 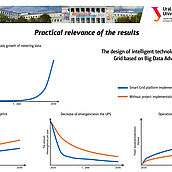 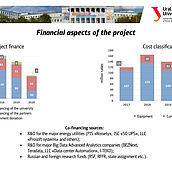 At the moment a large project is being developed, which is aimed at building an intellectual and technological platform Smart Grid with the use of advanced mathematical tools for processing large data sets.

Currently, many measurements are being made in electrical systems. This is due to the fact that the systems are being studied in more detail than before, there are more technical and technological opportunities in the industry, the theory of measurements and their application has developed. The processing of measurements requires a great deal of computer technology, so these two areas should merge together. The development of the electric power industry without the computer and information technologies is impossible.

The coming years will bring many new challenges. For example, humanity expects a massive shift to electric vehicles in the next 10-20 years. As a result, there will be a huge uncertainty in predicting the magnitude of electricity consumption and consumption points, there will be difficulties in managing the electric power system.

It is impossible to solve such problems without the use of the computer facilities. The electrical system and computer communication system will be intertwined in one cyberphysical system. This is a step forward, which is ahead of everything that is being done now in the world, and which corresponds to the revolution 4.0 at the same time.

It is important to realize the project now, so as not to be last in scientific and technological development.

The project will develop new algorithms and methods for emergency control. It is important to make very quick decisions during emergencies. Current technologies do not provide the most rapid and adaptive response. The new system will fully automate the decision-making process in critical situations. The implementation of the project will exclude the human factor in regime control, equipment monitoring, etc.

And what is the significance of the project for UrFU?

Such project can only be implemented by an advanced or a leading institution in our country. So the implementation of the project will contribute to strengthening the status of UrFU as one of the leading universities in the country, to promoting the development of existing competencies.

Is the project in demand in the world?

Our project is certainly in demand. It is important to understand that, for example, in America there is no such unified energy system as in Russia. There is a unified system in Europe, but their main problem is that there are more than 20 countries there, and each has its own system, and they have to negotiate, which is also not easy. So the results of the project will be in demand in the West, but not immediately.

But in large Asian countries and other large developing countries, such project can be in demand immediately in the course of its implementation.

I am sure that any organization or country that intends to do something for itself in the field of Smart Grid, will look at what has been done in Russia and at the results of the UrFU research.

The project is quite global. Who helps in its implementation?

Undoubtedly, the implementation of this project requires cooperation with academic partners and real sector companies. For example, the project involves the Tomsk Polytechnic University, representatives of the Irkutsk Energy Systems Institute named after L. A. Melentiev. And, of course, the project is supported by a number of industrial enterprises: PJSC “Rosseti”, JSC “System Operator of the United Power System”, Enel, big companies dealing with large data sets. The motivation of companies is understandable: they are in a hurry to be the first in these new areas, they strive to gain a competitive advantage.