Among the first projects of the Association are the formation of an alumni database, participation in the report-election meeting of the Alumni Association Representative Office (October 2015), the organization of the Unified Alumni Day in Armenia, development of a program to promote UrFU in Armenia and inform Armenian youth about the educational opportunities at UrFU. 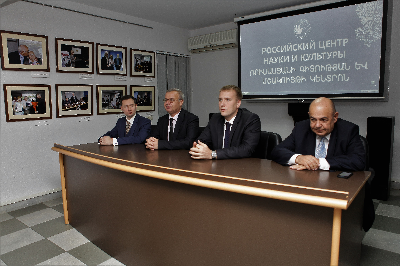 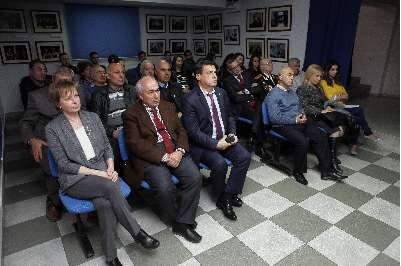 On November 10, the Russian Center for Science and Culture in Yerevan in cooperation with the Association of Russian (Soviet) Universities Alumni of Armenia celebrated the Unified Graduates' Day, dedicated to the World Science Day for Peace and Development. Alumni Association Representative Office in Armenia took an active part in preparing and holding festive events, as well as organized participation of UrFU graduates in the event.

The opening ceremony began with the presentation of the film "Cross over Ararat" by the Russian Institute for Strategic Studies (RISS). Mark Kalinin, the Director of the Russian Center for Science and Culture in Yerevan, presented the main activities of the RCSC and thanked the Board of the Association for the effective cooperation over the past years.

Oleg Shapovalov, Counselor of the Embassy of the Russian Federation in the Republic of Armenia, welcomed the graduates and noted that the Embassy will continue its efforts to preserve and expand relations between graduates of Russian universities in Armenia and Russia. Hovhannes Tokmajian, Chairman of the Association of Russian (Soviet) Universities Alumni of Armenia, in his speech told about the projects implemented in 2015, and also noted that the Executive Director of the Association Madoyan Vagharshak was awarded the Pushkin Medal in the Kremlin on November 4 this year.