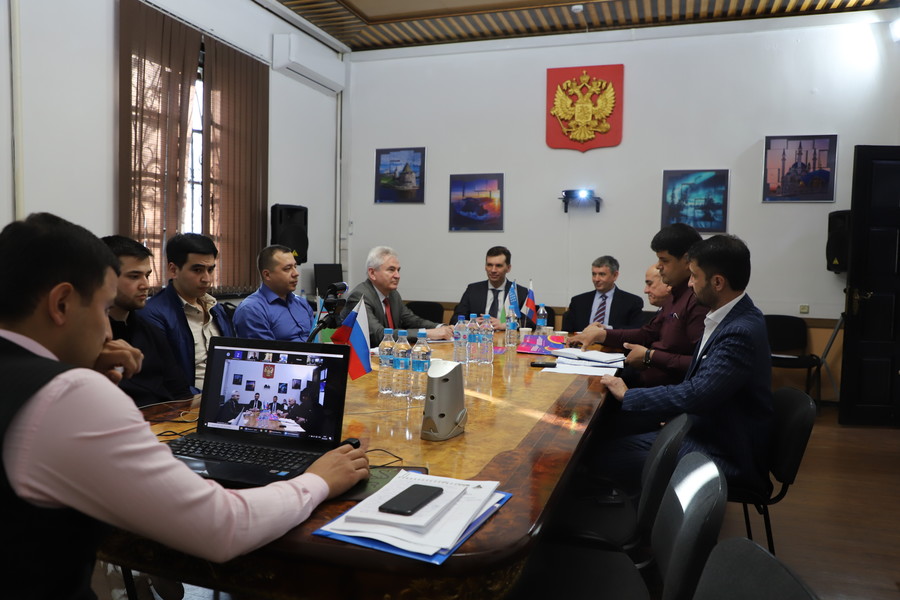 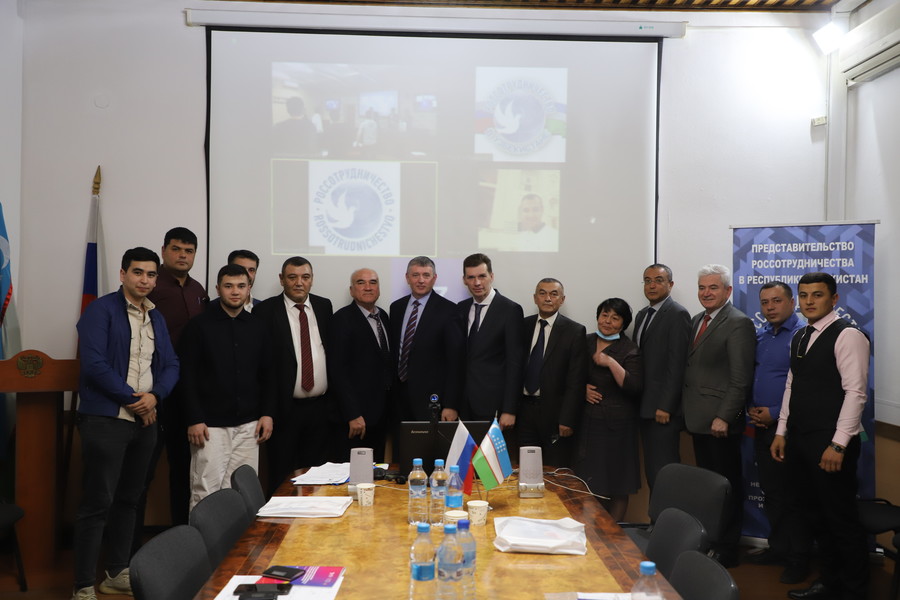 On April 6, 2021 a new Representative Office of the Alumni Association of Ural Polytechnic Institute, Ural State University and Ural Federal University was created in Tashkent, Uzbekistan. UrFU Rector Victor Koksharov alongside Russian Culture and Science Center's head in Tashkent M. Vozhdaev opened a new chapter for UrFU in its relations with Uzbekistan.

Abdusalom Khatamov, Consul General of the Socialist Republic of Uzbekistan in Yekaterinburg, noted that the consulate is ready for cooperation, development of relations with the university and is always in touch with students from their country. A graduate of the Ural Power Engineering Institute, Ulugbek Ergashev was chosen as the Chairman of the Representative Office in Uzbekistan.

The inauguration conference of the Association was attended by 27 university graduates - representatives of science, education, business and government.

Speaking to the alumni, UrFU rector Koksharov, who personally came to Tashkent on such an important occasion, noted that with the creation of the new representative office, a new page opens in the life of the association of graduates of UPI, USU and UrFU. The university has a rich history and for 100 years has made a significant contribution to the development of education and science, training of personnel in many countries. Uzbekistan is no exception in this respect. The university has always treated students from this country with great love and care.

“I am sure that the activities of the new representation of the Association will be dynamic and successful,” Koksharov said. - The University has trained over 500 specialists for Uzbekistan. Today they hold high positions in government bodies, among them there are outstanding figures in science and culture, industry and business, social sphere. The University has always given their graduates not only good, bright memories, but also the basis for success in life".

Victor Koksharov told the members of the Association about the achievements of the university in recent years and what opportunities UrFU offers to students from more than 100 countries. The rector paid special attention to the fact that the university is increasingly acting as a platform for the integration of science, education and industry.

During the inauguration meeting, the chief technologist of the Navoi Mining and Metallurgical Combine Ulugbek Ergashev (graduated in 1993) and the general director of K7 Hotel Management, as well as Grand Bek Farhad Tashtemirov (graduated in 1993) were elected as co-chairs of the Uzbekistan Alumni Association. The board also includes the chief technologist of the Northern Mining Administration of the Navoi Mining and Metallurgical Combine Oybek Ashurov (graduate of 2013), founder of Medic Lab Uz and SA Engineering Group Azamat Muratov (graduate of 2015), Assistant to the Consul General of Uzbekistan in Yekaterinburg Abdukarim Karimov (graduate of 2020), engineer of the Bukhara branch of Uzbektelecom Doston Ubaidov (graduate of 2020), deputy director of the Center for Research Initiatives Ma'n Zohra Begjanova (graduate of 1991) and entrepreneur Abdurashid Yuldashev (graduate of 1993).

The tasks of the Uzbekistan Association will include strengthening scientific and educational cooperation of UrFU with universities and scientific organizations of Uzbekistan, as well as increasing the flow of Uzbek children to study at Ural Federal University. The Association also plans to create its own endowment capital, which will be directed, among other things, to support talented students from Uzbekistan.

You can send your suggestions on the work of the Association to alumni@urfu.ru.