UrFU researchers worked together with colleagues from Tyumen 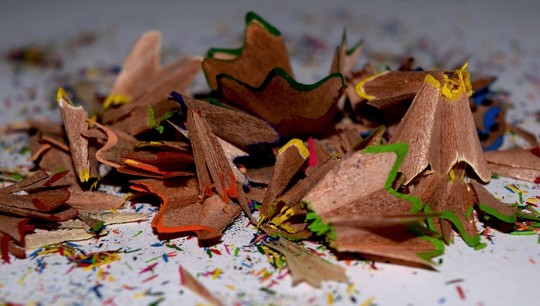 The majority of the processing methods used produce mostly gaseous products. According to the technology underpinned by the Ekaterinburg and Tyumen scientists, co-coking of organic MSW and tar at oil refineries results in obtaining liquid products. In terms of boiling points, they correspond to the straight-run petroleum fractions (gasoline, diesel fraction, mazut). Therefore, these products can then be processed together with straight-run fractions, bringing them to the quality of commercial petroleum products such as gasoline, diesel, boiler fuel, bitumen in standard refining processes.

Thus, this method allows for significant savings in oil. In addition, the implementation of such technology eliminates the need for building specialized waste recycling plants and makes it possible to use organic waste as an additive to the composition of raw materials at oil refineries, the resulting product being petroleum fluids.

The article describing this technology, “An Investigation of the Feasibility of the Organic Municipal Solid Waste Processing by Coking”, was published by the scientists from Ekaterinburg and Tyumen in the journal Sustainability.

‘The process described does not require external energy costs, since the energy necessary for its implementation is generated by burning gas that is formed during the waste coking. In addition, the process does not produce environmental emissions, which means it fully complies with the principles of circular economy. In the future, the proposed method can be used for processing both household and industrial organic waste,’ Prof. Elena Magaril, co-author of the article, Head of the UrFU Department of Environmental Economics, says.

Circular economy or closed-loop economy (when waste serves as a source of energy and useful produce) is an essential element of the ongoing fourth industrial revolution. In a circular economy, waste becomes a valuable resource, and improving the system for handling it is an absolute priority. This is especially important, given that over the past four decades, the overall consumption has tripled. Besides, on average, 60 percent or more of municipal solid waste is recycled in European countries, however, in Russia this number is only 5-7%. In addition to the huge amount of accumulated waste, 0.5 tons of solid waste are produced annually per person in Russia.

‘The phenomenon of a closed cycle economy requires interdisciplinary, comprehensive study and corresponding action. It is necessary to speed up the solution of many tasks at the same time: construction of waste recycling plants (it is anticipated that by 2024 more than 200 waste recycling plants will be built in our country), the introduction of efficient processing methods, the diversification of a number of industries (primarily oil refining), personnel training and a significant increase in environmental education and culture in society. In this regard, international scientific cooperation and the advanced development of knowledge and practical foreign experience in the field of waste management are becoming more important,’ Magaril said.

This approach is substantiated by the UrFU professor as a co-editor of the special issue of the journal Resources called "Management, Environment, Energy and Sustainability in Circular Economy". Another editor of the special issue was a professor from Italy Elena Cristina Rada. The cooperation between the Ural scientists and the team of Italian environmentalists from the universities of Trento and Insubria began in 2014, after the Energy Quest conference organized by the UrFU Research and Educational Center “INZHEK” in collaboration with British partners; Elena Magaril was the co-chair of the conference, and Elena Cristina Rada was a guest speaker.

The editors recognized the special issue project as the opportunity to discuss the concept of a circular economy from different viewpoints with emphasis on innovative technology development, taking into account regional priorities, the political, economic, social consequences of the transition to a circular economy model, the effectiveness of management systems and a new methodology for training managers able to work in the present situation of increased risks and accelerated change.

‘Personnel training is perhaps the most important task in the context of the reform of handling production and consumption waste, which has begun in our country, since this is a specific area requiring interdisciplinary knowledge,’ Magaril claims. ‘The education system is inertial. Meanwhile, it is necessary to respond to the demands of economic development in a new, “circular” model quickly and change the approaches to specialist training, starting with undergraduate programs, including in the sense of new value paradigms and consumer behavior, adding a considerable take on environmental issues to educational programs of all fields of education.

Elena Magaril and her Italian colleague contributed to the special issue not only as editors, but also as co-authors of the article. The international research team of environmental experts consisting of the UrFU professor and Elena Cristina Rada suggests replacing manual separation of solid household waste with mechanical one. As demonstrated in the article, the transfer to mechanical separation will lead to reduced risks for personnel (meaning less contact with acute waste and equipment, sanitary hazards), as well as to economic benefits.